The 10 shortlisted films in the Oscars Best Animated Short category include four from major U.S. studios (two Pixar, one DreamWorks Animation and one Netflix) and a number of international entries.

The category also contains a couple of straightforward commercial shorts designed to amuse and charm, and a few experimental ones that at times border on the surreal.

Also Read: A Guide to Oscar's Shortlisted Documentary Shorts, From the Holocaust to Sophia Loren 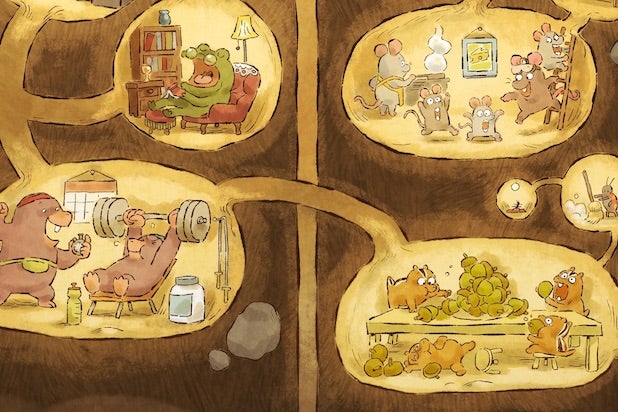 “Burrow”
Director: Madeline Sharafian
The first of two Pixar films on the shortlist is a guided tour of all the things that live underground, courtesy of a rabbit who is looking for his own home. To the strains of Mozart’s “The Magic Flute,” the bewildered and intimidated bunny encounters bugs, badgers and a whole menagerie of burrowing rodents — and since it’s Pixar, it’s impeccably made and thoroughly charming.

Will it feel substantial enough to voters? Perhaps not, but it’s hard to argue with Pixar’s track record in the category, or with the appeal of good old-fashioned craftsmanship to many voters. Plus, it has a message of tolerance, which may feel needed after the last few years. 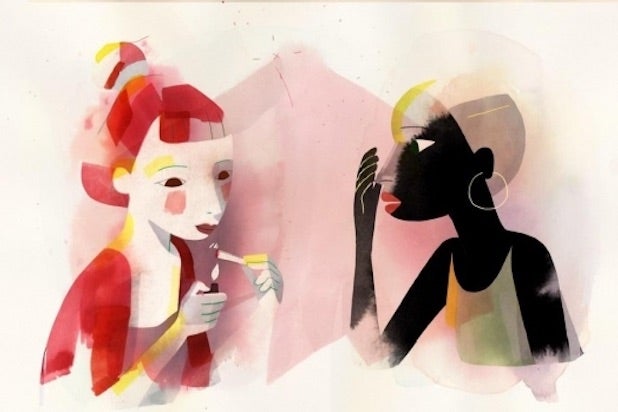 “Genius Loci”
Director: Adrien Merigeau
This adventurous French short takes the classical Roman phrase “genius loci,” the protective spirit of a location, and transplants it in a modern city whose chaotic life turns into a surreal and transformative force. The artistic style is often spare and striking, with lots of white space in the frame, but the short’s 16 minutes are filled with verbal and visual non sequiturs and surreal shifts: blown papers turn into dogs, a woman bursts into flames, an apple suddenly becomes a telephone and so on.

Merigeau, best known for his work at Cartoon Saloon on Oscar-nominated films like “The Secret of Kells” and “Song of the Sea,” emerges as a distinctive stylist in his first work as a director in almost a decade. The story he’s telling can be awfully opaque and more than a little confusing, but he delivers haunting opacity and delicious confusion. 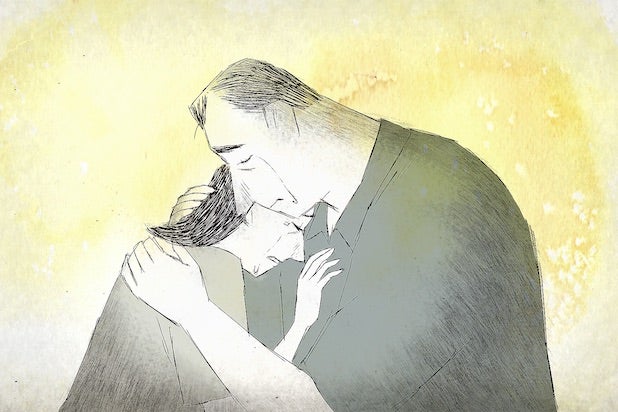 “If Anything Happens I Love You” (Netflix)

“If Anything Happens I Love You”
Directors: Michael Govier and Will McCormack
Netflix’s lone film on the shortlist is also one of the most striking and impactful films in the race, and one of a few contenders that grapple with big issues in the short form. Starting with black and white line drawings of a married couple whose relationship has obviously been grievously tested, it slowly comes into focus as a portrait of life in the aftermath of tragic and shocking loss.

Like a few of this year’s feature films — “Land,” “Pieces of a Woman,” “Promising Young Woman” — “If Anything Happens” explores grief and the seeming impossibility of recovery; it’s lovely and evocative for a while, and then turns very, very dark. The film, which counts Laura Dern as an executive producer, has prompted a trending hashtag on TikTok, and led to videos of people filming their reaction to watching it. (Usually, it seems, that reaction involves tears.) There probably aren’t a lot of Oscar voters hanging out on TikTok, but it’ll probably get to them wherever they are, too.

Also Read: Which of the Oscars' Special 2020 Rules Are Here to Stay? 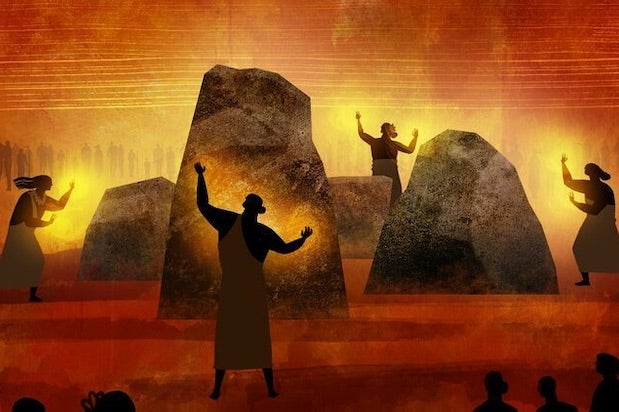 “Kapaemahu”
Directors: Hinaleimoana Wong-Kalu, Dean Hamer and Joe Wilson
“Kapaemahu” takes an ancient Hawaiian folk tale that had been passed down orally for centuries and uses it to explore gender identity as well as history. The eight-minute film tells the story of four mahu, third-gender individuals who are both male and female, who came to Hawaii from Tahiti 700 years ago with great healing powers. (Kapaemahu was the leader’s name.)

The film, one of the shortest of the semi-finalists, is a vividly rendered folk tale, but one whose exploration of gender identity also feels timely rather than simply mythic. Among this year’s shortlisted films. Pixar’s “Out” has gotten more attention for its handling of LGBTQ issues, probably because it’s from Disney, but “Kapaemahu” puts those issues in an intriguing context. Plus it’ll send you to the internet to see if those four boulders left by the mahu really are sitting on Waikiki Beach. 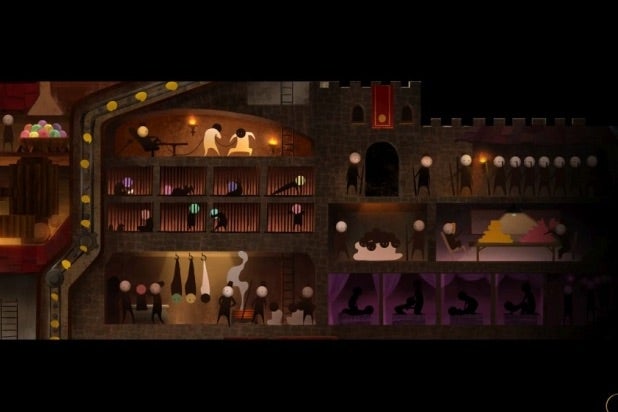 “Opera”
Director: Erick Oh
Erick Oh, who has worked on animated films that included the Oscar winners “Inside Out” (feature) and “Piper” (short), as well as nominated shorts “The Dam Keeper,” “Lou” and “Sanjay’s Super Team,” has made a nine-minute film that is as much an art installation as a short film – it’s ideal for settings where it can run continuously, allowing viewers to come in and leave at any point. It is set in a giant pyramid of sorts, with small, minutely detailed figures engaging in a myriad of activities that together add up to a complex portrait of a stratified society. There are no zooms or cuts; the film starts near the top of the pyramid, pans slowly to the bottom, then pans back up to the top, while everything from wars to banquets unfolds for the sharp-eyed viewer.

“Opera” is the kind of work that is best seen in as large a format as possible, and one that rewards repeat viewing where you can seek out and follow particular narratives. Those are not, perhaps, the circumstances you find in Oscar voting, but the film’s utter singularity may still make it stand out. 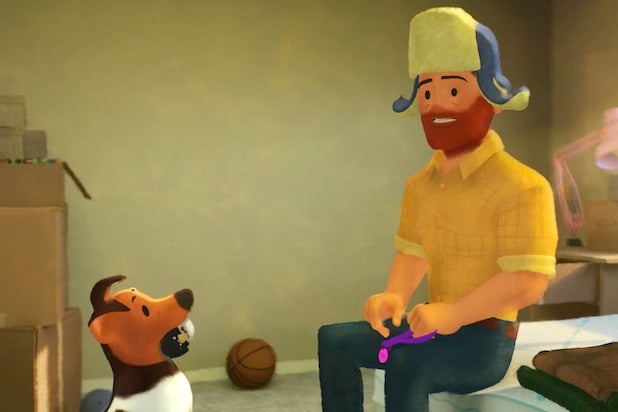 “Out”
Director: Steven Clay Hunter
If you take it out of context, this Pixar short sounds like a typical major-studio cartoon: A young man finds a dog collar in a moment of stress, jokingly puts it on and says he wishes he were a dog because then he wouldn’t have any troubles … and voila, he’s suddenly in his dog’s body and his dog is in his. But context is everything, because the guy in “Out” is stressed at trying to tell his parents that he’s gay.

As the first Disney or Pixar movie with a gay central character, it even prompted a petition asking the company to take it off Disney+. That will be enough to make the film a potential pick simply on the basis of its themes, and Pixar’s typically high craftsmanship and track record will help as well. 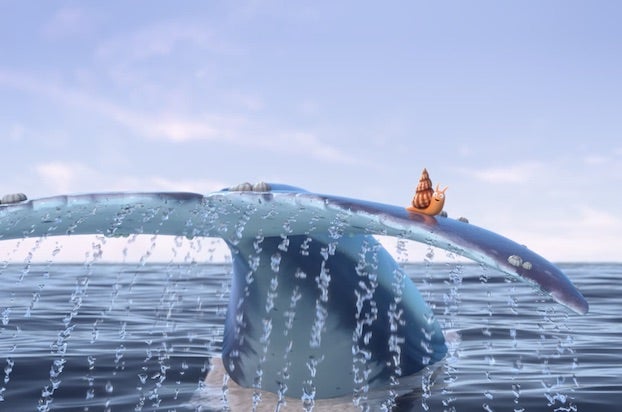 “The Snail and the Whale” (Magic Light Pictures)

“The Snail and the Whale”
Directors: Max Lang and Daniel Snaddon
This is the epic on the shortlist — at 26 minutes it’s the longest shortlisted film by 10 minutes, and one that takes a spectacular ocean voyage around the world, both on and below the water’s surface. Based on the 2003 children’s book by Julia Donaldson and Axel Scheffler, it’s a vivid travelogue about, you guessed it, a snail and a whale; the snail wants to get away from his boring life on a rock, so he finds an accommodating whale to give him a global vacation complete with spectacular sights and perils galore.

The film, from the company that produced the Oscar-nominated “The Gruffalo” and “Revolting Rhymes,” has a formidable voice cast: Sally Hawkins as the snail, Rob Brydon as the whale and no less than the late Diana Rigg as the narrator, whose dulcet tones navigate through a thicket of rhymes. And that’s apt, since when it comes to Oscar nominations, the scale of “The Snail and the Whale” may tell the tale. 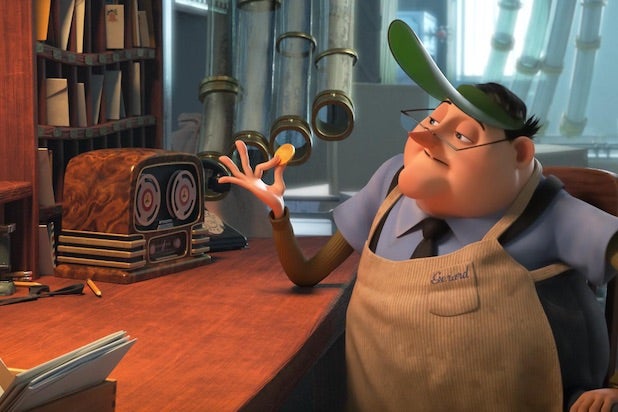 “To Gerard”
Director: Taylor Meacham
DreamWorks Animation launched a short-film program recently and landed on the shortlist in 2018 with two films, “Bilby” and “Bird Karma” — but neither film advanced, so the company is still looking for its first nomination in the category. “To Gerard” is full of whimsy and charm, following the encounter between a man who sorts mail but dreams of becoming a magician and a young girl who develops her own dreams over the course of the film’s seven minutes.

You can see the film’s payoff coming a mile (or at least a few minutes) away, but “To Gerard” sets out to be amusing and sweet and delivers on that. Oscar voters typically go for shorts that feel a bit heftier than this one, but sentiment has taken some other films a long way in this race. 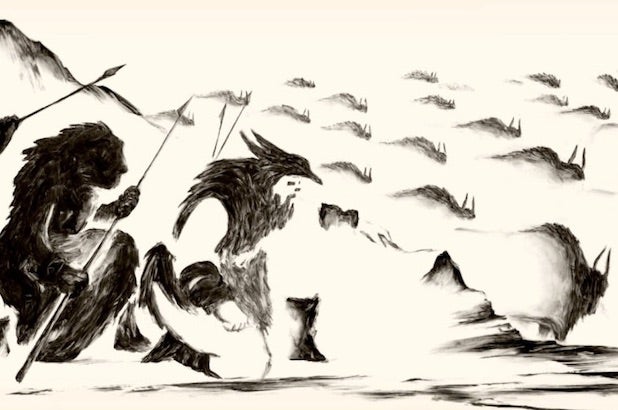 “Traces”
Directors: Sophie Tavert Macian and Hugo Frassetto
In some ways one of the simplest shorts but also one of the boldest and most adventurous visually, “Traces” takes its cue from cave paintings as it tells the story of a prehistoric tribe of hunters who paint pictures of their prey on the walls around them. The continually morphing black-and-white drawings give the film a distinctive and dramatic style, as the action becomes violent and a little surreal.

“Traces” creates a tale in which humans are both predators and prey, and in which there’s a disturbing amount of brutality and a distinct lack of mercy. But it also pays tribute to the art and form of storytelling itself, which could help it communicate to a voting body of storytellers. 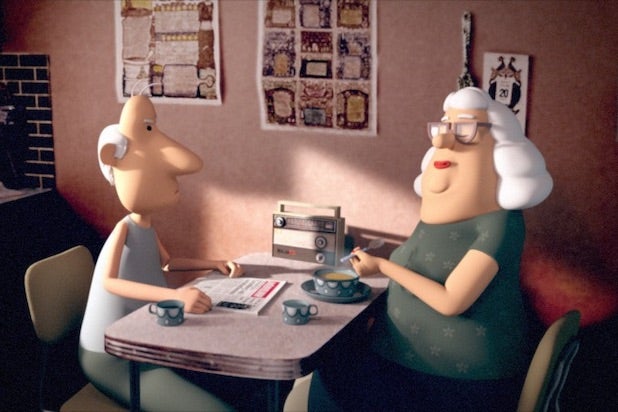 “Yes-People”
Director: Gisli Darri Halldorsson
This Icelandic film sets itself a pretty simple challenge — to fill a movie with a group of people doing different things over the course of a day while limiting the dialogue to the word yes. So that’s what happens for eight minutes: People get up, eat breakfast, wash the dishes, go to school, have sex and listen to the neighbors having sex, all the while saying nothing but tonal variations on yes. (Actually, they say “já,” pronounced “yow,” since the movie is in Icelandic.)

There’s not a lot to the film beyond the premise, but it collects a colorful cast of characters and finds plenty to do with that single syllable. And beyond the novelty of the one-word dialogue, it’s an amusing look at humanity in all of its variations (apart from the verbal ones).

For the record: A previous version of this story misspelled the title of “Kapaemahu.”