In the right role, David Straithairn is one of those actors as inescapably real as your morning bedhead, the creak in your floorboards and the seasoning of a thousand meals coating your cast-iron skillet.

In the right role, he’s almost a centralizing force of authenticity, which is certainly the case with writer-director Angus MacLachalan’s wonderful, heartfelt “A Little Prayer,” a small-scale family drama about the anxiety that arises when children aren’t children anymore and parenting becomes a consciously risky meddling.

MacLachalan, best known for writing the lived-in Southern charmer “Junebug,” is on his third go-round directing one of his unflashy, breezily thorny character studies built on details of sincerity, agitation and humor in families. Here, he’s inside three generations of a North Carolina clan with a sheet-metal business, marked by a father and son who have been to war, and women who have a lot on their hands when it comes to their husbands. 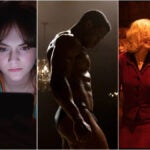 An artful opening tracking shot along a tree-lined street, accompanied by the sound of a woman somewhere holler-singing a hymn, introduces us to the leafy Winston-Salem suburb where Bill (Straithairn) and Venida (Celia Weston) live, their son David (Will Pullen, “Dickinson”) and his wife Tammy (Jane Levy) residing in a guest house on the same property. The crack-of-dawn singing is a recent oddity in the neighborhood, as we learn from early risers Bill and Tammy, who clearly share a special bond, letting the distant warbling spark some warm morning chitchat about the mysterious singer and their own rural pasts, while Bill croaks out, for Tammy’s amusement, a French carol he once learned.

It’s a traditional household we’re in — women making lunch for their husbands is one clue — but also a close-knit one built on getting along and looking after each other. So when, at the office, Bill notices an unusual intimacy between his son and their shared secretary Narcedalia (Dascha Polanco, “In the Heights”), he puts two and two together and casually confronts David on the factory floor about it, only to get a non-response brush-off. Bill, soft-spoken yet determined, goes so far as to pose gently probing (but completely obvious) questions to Narcedalia, and even her best friend, at that week’s dance at the VFW hall. 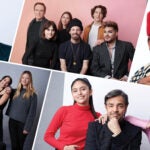 Bill’s detective work trying to suss out and fix the potential hitch in his son’s marriage is contrasted by the sudden appearance of his and Venida’s other offspring Patti (Anna Camp). All grievances, snark and chaos — often amusingly so — Patti seeks momentary (and, everyone assumes, monetary) refuge from another dust-up in her turbulent marriage, one that Bill is ready to end by hiring Patti a lawyer. Patti’s doing her own sizing up, too; the fact that her rambunctious daughter clearly enjoys Tammy’s smiling, calm presence is only further proof that her family favors their daughter-in-law over her.

The truth, of course, is more complicated, with possibly deeper, unexamined roots, and as laid out in scenes of everyday verisimilitude and quietly gathering heartache, MacLachalan weaves a tale of human frailty and strained connection rare in its avoidance of judgmental histrionics and embrace of what makes all of us unknowable yet worthy of forgiveness. Scott Miller’s textured cinematography and Tricia Holmes’s patient editing match the understatedness, too, the boxier frame and its respectful angles giving the sense that we’re in the room with these characters as they manage discomfort and familiarity. 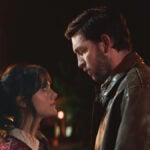 Straithairn’s portrait of well-intentioned, flummoxed patriarchal intervention is as finely tuned as you might imagine; he deftly underplays a steep learning curve about behavior, suffering and independence. The tapestry is memorably filled out by the sharp cast: the reliably great Weston is the plainspoken wit and wisdom in a long, sturdy, not-always-smooth partnership; Camp enjoyably articulates caustic openness as a defense mechanism; and Levy, Pullen and Polanco play their close-to-the-vest roles with just the right mix of vulnerability and strength.

Toward the end, the delicacy really shines as Levy and Straithairn start layering in the grace notes that bring “A Little Prayer” to its poignant conclusion, a handful of exchanges about art, volition and self-worth that express the movie’s insights without ever overplaying them.

“A Little Prayer” leaves you realizing how few films take the care MacLachalan does to capture what’s hard and irresistible about families — that they’re uniquely wonderful in the comfort and cohesion they bestow and yet made up of individuals who struggle to define that security for themselves.

“A Little Prayer” makes its world premiere at the 2023 Sundance Film Festival.