“A Love Song,” a drama that premiered at this year’s Sundance Film Festival starring Dale Dickey and Wes Studi, has been acquired by both Bleecker Street and Sony’s Stage 6 Films.

The two distributors together took the film’s worldwide rights, with Bleecker handling the domestic theatrical rollout for a release later this summer.

“A Love Song” is the feature film debut of writer and director Max Walker-Silverman, and it will next screen at the Berlin Film Festival in the Panorama section. 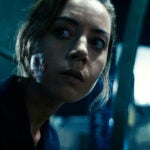 “A Love Song” follows Faye (Dickey), who stations herself at an idyllic lakeside campsite in the Colorado Mountains – cooking simple meals, retrieving crawfish from a trap, and scanning her old box radio for a station. But Faye is also awaiting the arrival of Lito (Studi), a childhood sweetheart she hasn’t seen in decades. When Lito arrives, the two widowed companions spend an evening reminiscing about their lives, losses, and loneliness.

Walker-Silverman also produced “A Love Song” for Cow Hip Films with Jesse Hope of Dead End Pictures and Dan Janvey of Present Company. The film’s executive producers are Jan and Jack McAdoo of MacPacEntertainment alongside Bill Way of Fit Via Vi. 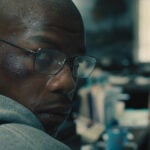