This review for “A Man of Integrity” was first published June 17, 2022, after its debut in New York City.

At a crucial point in Iranian filmmaker Mohammad Rasoulof’s blistering drama “A Man of Integrity,” a suffering friend of the main character says, “In this country, you’re either oppressor or oppressed. There are no other options.”

In the attempt of his beleaguered protagonist to live a third way — with values, unwilling to give in to corruption’s claws — lies the cloud-covered, Kafka-esque suspense of this seething, tense work.

Rasoulof is himself, to the cinema world, that code-driven figure, having been targeted by his country’s totalitarian regime for arrest (alongside Jafar Panahi in 2010), imprisonment, and a ban on filmmaking, and yet defiantly rolling cameras anyway. “A Man of Integrity” is from 2017 — its success at Cannes that year spurring the confiscation of his passport, and the aforementioned ban — and it’s only now getting a US release, in the wake of his 2020 Golden Bear–winning masterpiece “There Is No Evil,” which Rasoulof had to film in secret. 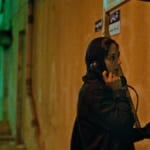 “Integrity” centers on village fish farmer Reza (Reza Akhlaghirad), who lives with his wife Hadis (Soudabeh Beizaee), a girls’ school head teacher, and their young son in a remote house flanked by the ponds in which swim his livelihood. The family is also near a harassing neighbor named Abbas who, in the opening scene, with his grown son, barges into Reza’s work shed to catch him with forbidden homemade alcohol. (Deterred, they leave instead with an unlicensed rifle.) Abbas, we learn, is an enforcer of sorts for the area’s power-wielding private business, a state-connected outfit ominously referred to as the Company.

A stash of watermelon wine is one thing, but Reza has deeper concerns: his farm is struggling. Fueled by a sense of principle regarding his financial straits, and told to “do what you think is right” by his wife, Reza opts to back out of bribing a bank employee to keep his business afloat, preferring instead to sell a car and pay his loan penalties honorably. It’s a fateful decision. The next day, the water source to his farm is cut off, and after an altercation with Abbas at the channel’s gate — from which Rasoulof cuts away before we can get any blow-by-blow details — Reza lands in jail, and we sense his problems are only beginning. 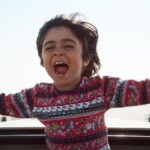 The briar patch of lies, setbacks and mounting pressure that consumes Reza, and which he tries to get clear of, is Rasoulof’s churning indictment of systemic corruption as more than just a crushing weight on moral souls. As the details emerge of a hidden scheme to take Reza’s business — and how a monopolizing entity operates on the weakest-willed (especially in provincial areas) — we get a grim picture of how a dominant societal force can swallow someone up as readily as it subdues them.

As maddening as it is to watch what Reza goes through — exemplified as much in Akhlaghirad’s stone-faced silences to a shocking indignity as the steely undercurrent in his voice when pleading his case to an unfeeling official — there’s also a chilling appreciation for the debasement playbook Rasoulof is exposing.

It’s not just Reza’s saga, either. Hadis, a composed, educated woman who wants to use her school position to help her husband, is confronted with her own severe scenario involving the expulsion of a non-Muslim girl. The moral quandary that results seems locked inside the look of helplessness on Beizaee’s face. Even Reza’s and Hadis’ son gets pulled into the family’s uphill battle for the solution to their woes.

Lest you think this is all a bit much for one family to endure, Rasoulof’s storytelling acumen is firmly in the realm of propulsive, detail-driven ethical thriller built on its character’s actions, rather than mere punching-bag melodrama. And it goes somewhere, most importantly, with its ideas, leaving you after its final, devastating image with something to think about instead of simply abandoned with your rage or pity. Rasoulof is aided, too, by Ashkan Ashkani’s no-frills cinematography, an abiding grayness that seems to infect interiors as well as exteriors (even, by increments, the thermal cave that is Reza’s refuge) in addition to Peyman Yazdanian’s judiciously used, sparse score.

Like many Iranian filmmakers, Rasoulof started out flexing his cinematic muscles in the realm of allegory (“The White Meadows”), but for 10 years now he’s been firmly committed to work that tells it like it is in his country — starkly, purposefully — while still grounded in the humanism we’ve come to expect from Iranian cinema. Putting “A Man of Integrity” out in the world only compounded his problems back home; that its reach continues, five years later, is only just for so indelible and consequential a portrait of injustice.

“A Man of Integrity” opens Friday in Los Angeles.