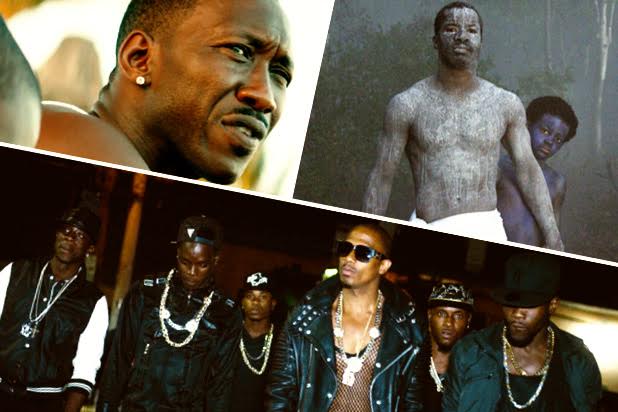 An unmistakeable thread has emerged from the festivals in Toronto, Telluride and beyond — a new generation of African-American filmmakers is taking center stage with bold, original films that tell stories Hollywood has never previously considered.

Black filmmakers like Nate Parker, Barry Jenkins and Nick Cannon are winning attention for films that step outside the conventions of the studio and indie system, sharing stories that moviegoers have never seen before.

Jenkins’ “Moonlight” arrives eight long years after his first feature, “Medicine for Melancholy.” It tells the story of his youth in a crack-riddled neighborhood of Miami with a point of view that’s compassionate, complex and unexpected.

Parker’s “The Birth of a Nation,” tells the story of a historic black rebellion that features brutal scenes of slaves massacring white families. Those scenes comes after many cases of African-Americans being tortured, humiliated and hung, but it doesn’t lessen the impact.

And Nick Cannon — yes, that guy from “America’s Got Talent” — came to Toronto with a film he wrote, directed, financed, produced and starred in about Jamaican dance halls, “King of the Dancehall.”

Cannon has consciously stepped into a leadership role by making the film. “If we really want to control our messaging, control the narrative, we have to step up and actually do it,” he told TheWrap. He said working with Spike Lee on “Chi-Raq” last year was critical in his decision to take the leap.

“He said he was passing the torch to me, and I said, ‘Alright I’m gonna go. I took it seriously,” said Cannon, who discovered Jamaican dance halls on a visit to the country and decided to write a film about the culture. “That’s what we have to do as storytellers, is not just share the stories, but also share the experience and the process.”

Parker, whose remarkable accomplishment with the Sundance winner “Birth of a Nation” has been recently overshadowed by discussion of a previous rape accusation and acquittal, took on an enormous task with the film — writing, producing, directing and starring.

In many past issues, Parker has discussed wanting to revive the history of the Nat Turner rebellion, which has been largely lost to time. If the film works — and it isn’t perfect — it’s because it radiates with Parker’s passion, evident in his gritty performance and the work he pulled from his equally passionate cast.

“Moonlight” has made Jenkins the latest critical darling. It is at least partly Jenkins’ own story: He grew up with a mother who used crack. But it is also a gay love story, which is not Jenkins’ own.

In an interview about the film, Jenkins said he wanted the film to be honest rather than simply present positive or negative images of African-Americans.

“I think it’s important to have productive images,” he said. “There are other things people can turn to that are more sensational or more authentic, and if you don’t give people productive, honest, organic images of their lives, they’re going to start to believe they don’t exist. There’s a space to be filled. It was never the point [of the film], but I think that’s the function.”

The contrast of these bold voices are stark when screened beside the more conventional, earnest stories that Hollywood is more comfortable with. “Loving” — directed by Jeff Nichols — is a slow, right-minded story of interracial romance. Like its British counterpart at the Toronto Film Festival, “United Kingdom,” its intentions are honorable and somewhat staid.

It’s hard not to compare “Birth of a Nation” with STX’s tale of rebellion earlier this year, “Free State of Jones,” directed by veteran Gary Ross and starring Matthew McConaughey as a farmer leading a rebellion during the Civil War. The film, which did merely $20 million at the domestic box office, was not embraced by an African-American filmgoing core, though it had a large cast including many African-Americans.

Other fresh talents to lend their voices and perspectives to the cultural landscape include the masterful Steve McQueen who directed the Oscar-winning “12 Years a Slave.” And earlier this year, singer John Legend got behind “Underground,” a WGN series about the slaves who dared to escape to northern freedom.

Cannon said he could feel the current of creativity that seems to be in the air. “I believe it’s a new generation of storytellers that are really exciting that are telling many different stories,” he said. “That’s what I’m inspired by — is that we’re not telling the same stories.”