This story about the production design of “A Series of Unfortunate Events” first appeared in a special section, “The Look,” in the Comedy/Drama/Actors issue of TheWrap’s Emmy Magazine.

Veteran production designer Bo Welch, whose résumé includes three films with Tim Burton and Oscar nominations for “The Color Purple,” “A Little Princess,” “The Birdcage” and “Men in Black,” had never done television when director Barry Sonnenfeld approached him about the Netflix series based on Lemony Snicket’s blackly comic “A Series of Unfortunate Events” novels. But Welch loved working with Sonnenfeld on the “Men in Black” movies — and besides, he said, “I don’t even know what ‘television’ means any more. It might have a slight stigma, but that’s where all the good stuff is today.”

So he embraced the job of bringing to life the richly twisted world of Snicket (a playful nom de plume for Daniel Handler). And even in the series’ third season, which wrapped up its trip through the fantastical novels for young readers, he still found new areas to explore.

“There are 13 books, and it’s like making 13 small movies back-to-back on an accelerated schedule,” he said. “There’s absolutely no shortage of new ideas, because the material in each book is so distinct and different.”

Also Read: 14 Actresses Absurdly Accused of Being Too Old or Too Fat, From Chloe Grace Moretz to Jennifer Lawrence (Photos)

The biggest challenges in Season 3, he said, included the enormous Hotel Denouement (photo at top) in the two-part “Penultimate Peril” episode. “Halfway through the construction, I would go to the set and see the foundation and the steel work and the elevators and the multiple-story hotel, and it would take my breath away,” he said. “And at the same point, you think, ‘How effing lucky am I to get to do this on a television show?'”

But the season’s most distinctive designs came in the final episode, “The End,” which Welch also directed. The entire episode is set on a remote tropical island, which is bright in a way that almost nothing else in the series had been. 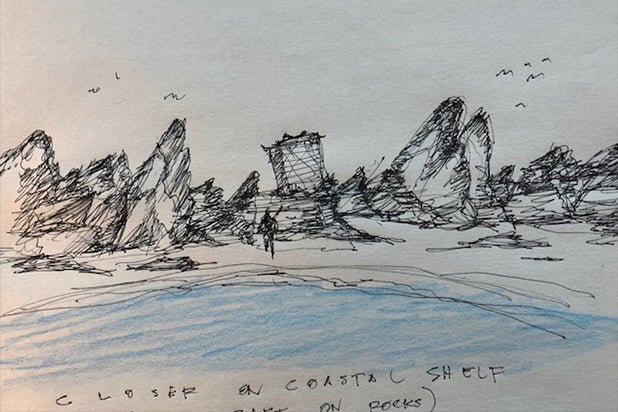 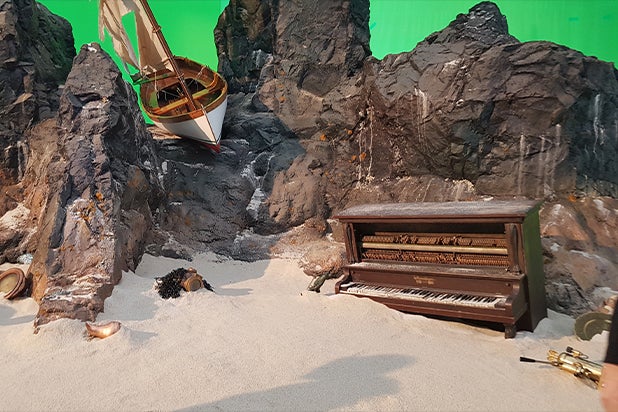 The island is ringed by treacherous rocks that prevent escape, as shown in a design sketch and a section of the green-screen set, above.

“Everything up to this has been gray and scary and kind of leaden,” Welch said. “A series of unfortunate settings. And now we find ourselves on a sun-dappled tropical island. What the…? But it’s fun to take that journey at the end.” 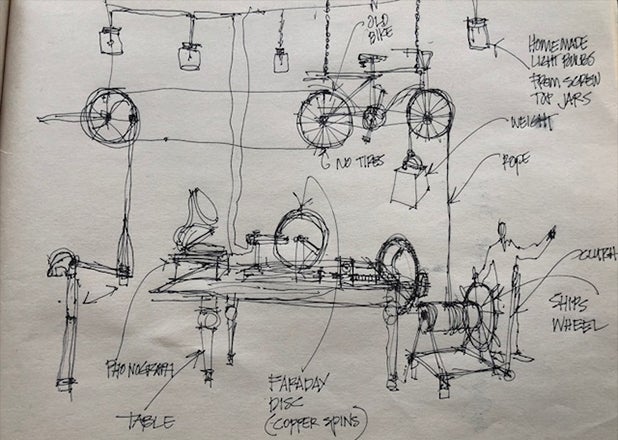 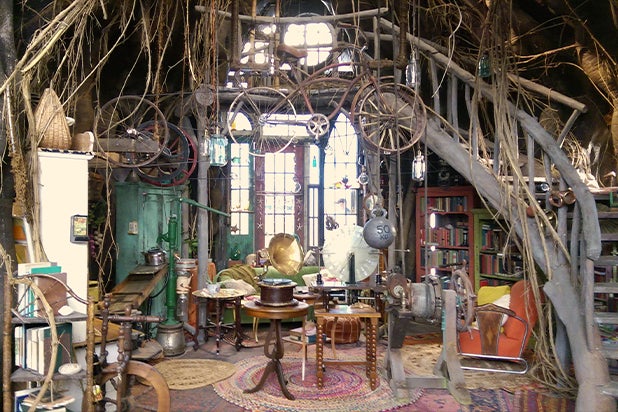 A key location in the episode is a hollowed-out tree that has been turned into a cluttered living and working space that holds plenty of secrets amidst the clutter. Above, Welch’s sketches and the finished set.

In the end, Welch said he was particularly delighted to not only design the episode, but to also be behind the camera for its filming. “To design that episode and then also direct it was absolute heaven,” he said. “It’s really fun to design and direct, because you get to play with the toys you have created. And you get so immersed in the material it’s like an alternate reality.”

To read more of the Comedy/Drama/Actors issue of TheWrap’s Emmy magazine, click here.