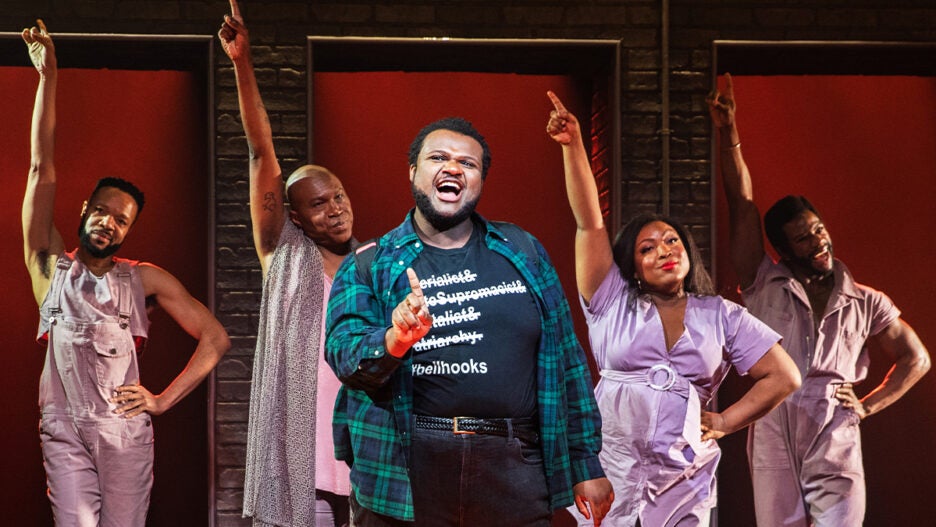 In addition to all the free tickets, one of the great benefits of being a theater critic is that you’re sent the script. This email ritual not only makes it unnecessary for critics to transcribe what the actors are saying on stage while we’re supposed to be watching the play, it gives us a look into the playwright’s mind. These telling insights are called “stage directions.”

My favorite stage direction this season can be found in the script for Michael R. Jackson’s breathtaking new musical, “A Strange Loop,” which opened Tuesday at the Lyceum Theater after its 2019 run at Off Broadway’s Playwrights Horizons. In the parentheses of one particular stage direction, it reads “mockingly sings a la ‘The Color Purple.’”

“A Strange Loop” is genuinely breathtaking because it forces you to gasp before you break out laughing. It’s also a brilliant antidote to musicals like “The Color Purple” and “Paradise Square,” which let us know God created Black people to take care of the white Miss Annes of this world. “Loop” is that rare musical that doesn’t have its Black characters caterwauling (see stage direction above) unless as a form of parody. 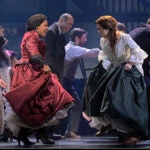 Also prominent in the “Loop” stage directions is the name Tyler Perry. The inspired leitmotif of Jackson’s musical is the creator of the “Madea” movies and several gospel plays. Not since Seth Rogen skewered Kim Jung-un in “The Interview” has a living person been so thoroughly roasted for our consumption.

Jackson has described his musical as “not formally autobiographical,” but it is about a young man in a “fat, Black queer body” who’s trying to write a musical about his own life. The character is named Usher (which refers to the character’s job as an usher for a Disney musical on Broadway, not the famous singer), and everybody wants Usher to write something that is “unapologetically Black” or “about slavery or police violence so the allies in [the] audience have something intersectional to hold onto.” Or better yet, Usher should ghostwrite a gospel play so that Tyler Perry can put his name on it.

How resistant is Usher to writing a Tyler Perry gospel play for the chitlin circuit?

“His plays are worse for Black people than dia-f—ing-betes!” Usher shouts.

Fortunately, Usher’s crazed imagination takes him there and “A Strange Loop” features a Tyler Perry gospel play as written by a very out man in a fat, Black queer body who also happens to be a major, unapologetic bottom. 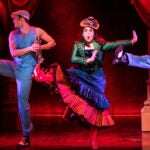 “Loop” isn’t exactly politically correct on this sensitive subject. Usher’s predilection for wanting to “take it” is very much an extension of his Low Self Esteem, which is actually a character in the show (seen walking across the stage on numerous occasions) and “My Inner White Girl,” which he sings about. Often.

No, Usher is not a happy gay camper and never does he turn into one. In this show’s Off Broadway world premiere, Larry Owens in the lead role owed much to Harvey Fierstein in the original “Torch Song Trilogy” without every stooping to play it cute to win our empathy. In his spectacular Broadway debut, Jacquel Sivey now uses his heft to embody Usher’s large appetites, resentment, defiance and talent. He possesses Owens’ comic talents, but displays a far more secure vocal technique. He’s also more of a chameleon on stage. He essays three different characters in the send-up of that Tyler Perry gospel play, the Madea parody alone being Tony-worthy.

Have I mentioned that Jackson wrote the music, lyrics and the book for “Loop”? Typically, that three-hat trick in the musical theater world is the mark of death. Jackson wears all hats with fabulous style. Suffice to say that his music, which runs the gamut from patter to gospel to pop to torch song, always does full justice to lyrics like “My d-ck too small! My d-ck too small!/ Too fat and Black to live at all/ So why don’t you just ravage me with your/ white gay Dan Savagery?”

There are other, even more wonderful lyrics, but I can’t print them here. Usher’s resistance to all things Tyler Perry, as well as “The Color Purple,” labels him a “race traitor” and an “a– licker.” His mother and father are even less forgiving. “Loop” makes clear that LGBT is a unique minority, the only one that invites disapproval from your own family.

“Loop” begins with and keeps returning to a song titled “Usher! Usher!” It’s much like the “Bobby! Bobby!” refrain in Stephen Sondheim’s “Company.” The Sondheim musical goes in and out of its hero’s mind, occasionally falling to Earth for some of its extended book moments (by George Furth) where Bobby visits a pot-smoking couple or dates one of his three girlfriends.

“Loop” never leaves Usher’s head. Arnulfo Maldonado’s stylish set design features a series of moving portals through which half a dozen actors run wild. Each is credited only as “Thought” and given a numeral, one through six. The device sounds undramatic and vague, but Stephen Brackett’s incisive direction, coupled with Raja Feather Kelly’s surreal choreography, allows each performer to register immediately as parent, friend, agent, uninterested producer or Grindr hook-up.

Jackson is a better writer than Furth, who provided more than one awkward sitcom moment in “Company.” Jackson’s book scenes recall the best of Arthur Laurents, and that would be the chilling scene in “Gypsy” where Mama Rose picks out her daughter’s stripper costume. Usher’s encounters with anonymous men produce that same frisson of shock. In “Gypsy,” we recognize a dramatic shift in Mama Rose. In “Loop,” it’s the sex partner’s identity that not once but twice is flipped in front of our eyes. 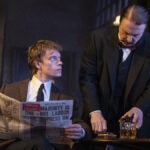 There’s no nudity in “Loop,” but one of those simulated sex scenes provoked a few walkouts at Playwrights Horizons. On Broadway, the audience stayed put. Even without nudity, it’s frankly more provocative than anything in “Slave Play,” which set a pretty high bar for kinky interracial sex.

Jackson’s title can easily be explained as that strange loop we all put ourselves through when we carry on arguments in our own mind, giving imaginary dialogue to other people. More specifically, the title comes from the book “I Am a Strange Loop,” by Douglas Hofstadter, who wrote, “In the end, we are self-perceiving, self-inventing, locked-in mirages that are little miracles of self-reference.”

Before this quote makes “Loop” sound in any way pretentious, Usher paraphrases it to describe the musical he’s trying to write when he cruises a gorgeous guy on the subway. Because Jackson is such a talented writer, he turns Hofstadter’s words into one of the funniest and saddest pick-up lines ever spoken on stage or in the movies.

This review, minus a few obvious updates, is basically what I wrote about “A Strange Loop” in 2019. Despite going on to  win the Pulitzer Prize, the show has invoked some chat-room gossip that it “doesn’t belong on Broadway.” Yes, that’s what they once said about “Caroline, or Change,” “Avenue Q,” “Fun Home” and “Hamilton” before they hit the big time. Not only does “Loop” belong on Broadway, it is by far the best new musical to open during this very strange theater season. 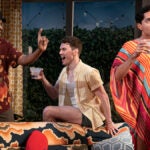 Also Read:
‘To My Girls’ Off Broadway Review: JC Lee Updates ‘The Boys in the Band’ for Millennial Gay Men
BIO By Robert Hofler
Robert Hofler, TheWrap's lead theater critic, has worked as an editor at Life, Us Weekly and Variety. His books include "The Man Who Invented Rock Hudson," "Party Animals," and "Sexplosion: From Andy Warhol to A Clockwork Orange, How a Generation of Pop Rebels Broke All the Taboos." His latest book, "Money, Murder, and Dominick Dunne," is now in paperback.