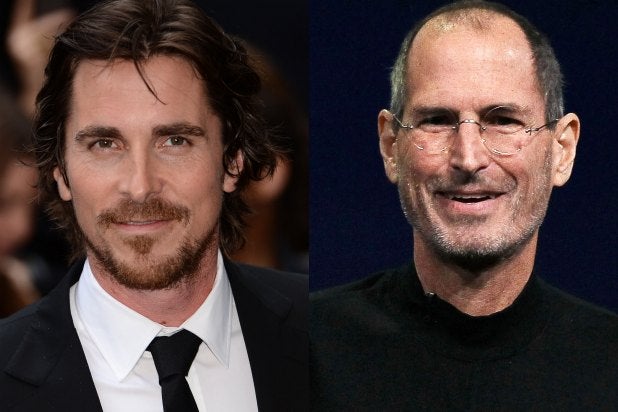 Christian Bale will play Steve Jobs in the upcoming biopic being penned by Aaron Sorkin for Sony Pictures. As TheWrap was first to report, Bale has long been a favorite for the role but Sorkin confirmed his involvement this week in an interview with Bloomberg TV.

See photos: Ben Affleck Is Batman: 16 Actors Who Played the Dark Knight Before Him (Photos)

“We needed the best actor on the board in a certain age range and that’s Chris Bale,” Sorkin said. “He didn’t have to audition. Well, there was a meeting.”

Leonardo Dicaprio was previously in talks to play the Apple founder with director Danny Boyle, who he worked with in 2000’s “The Beach.”

“He has more words to say in this movie than most people have in three movies combined,” Sorkin said about Bale’s part in the film. “There isn’t a scene or a frame that he’s not in. So it’s an extremely difficult part and he is gonna crush it.”

Sorkin is adapting the screenplay from a biography written by Walter Isaacson, which Jobs authorized before his 2011 death. Scott Rudin and Mark Gordon are producing with Film 360’s Guymon Casady.

Bale won an Oscar in 2011 for his supporting role in “The Fighter.” He was nominated in 2014 for “American Hustle.”