The power of “The Bachelor” spinoff “Bachelor in Paradise” across broadcast television and social media is why the reality dating show is taking over Monday and Tuesday nights this fall on ABC, Craig Erwich, president, Hulu Originals & ABC Entertainment, told TheWrap Tuesday.

“‘BiP” will move into the Monday time slot previously held by “Dancing with the Stars,” moving out of its usual August-September run. The “BiP” news follows “DWTS” move to streamer Disney+ after after 16 seasons on ABC.

“‘Dancing with the Stars’ has been an incredible program on ABC over the last 16 years, but we also have an incredible opportunity to bring ‘Bachelor in Paradise’ back to Monday nights and Tuesday nights,” Erwich said.

The exec said “BiP’s” ratings numbers for live and same-day “matched or exceeded” those set by “DWTS” and it remains a conversation starter. 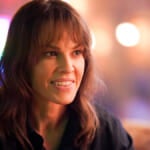 “‘Bachelor in Paradise’ continued to be probably one of our most social and discussed and examined shows,” he told TheWrap. “And creatively, because of just a reservoir of former cast members and storylines, it’s really the kind of show to expand over the course of two nights.”

ABC has yet to announce the premiere date for “BiP,” but it seems likely it will come after Monday Night Football kicks off ABC’s fall lineup. According to the NFL’s website, NFL games will air on ABC on Sept. 12, Sept. 19 and Sept. 26, returning again on Dec. 19 and then Jan. 2, 2023.

The network’s fall scheduled, which was announced on Monday, also included news that “Alaska,” the new drama from creator Tom McCarthy, and starring Hilary Swank, will air at 10 p.m. on Thursdays, queuing it up right after the long-running “Grey’s Anatomy.”

“First of all, we were thrilled to have two Oscar winners, Hilary Swank and Tom McCarthy, come to ABC to tell their story,” Erwich said, explaining why “Alaska” landed 10 p.m. on Thursdays. “I think this show is a riveting and compelling tale and it feels like it really fits in well with what has been one of the great nights of network television for the last many, many years [featuring] ‘Grey’s Anatomy.'” 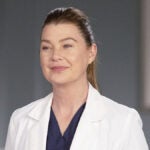 And Erwich said there are still no talks about ending “Grey’s Anatomy,” which is going into its 19th season this fall.

“We we just celebrated the 400th episode of ‘Grey’s Anatomy,’ which you kind of just have to let that sink in — 400 episodes. It’s an incredible achievement. It is really a testament to Shonda [Rhimes] and Krista [Virnoff] and Ellen [Pomepo] who’ve continued to find fresh stories and fresh characters that reflect not just the world of medicine, but the world that we live in. And I have no doubt that they’ll continue to find new stories to tell,” he said.

So, in short, “Grey’s” will be on ABC as long as they want to make it.

“That will continue to be the answer, authentically,” Erwich said. “I love the show. Its defined ABC, and the quality of it stronger than ever. And so we continue to be honored to have it as a signature show on the network.”