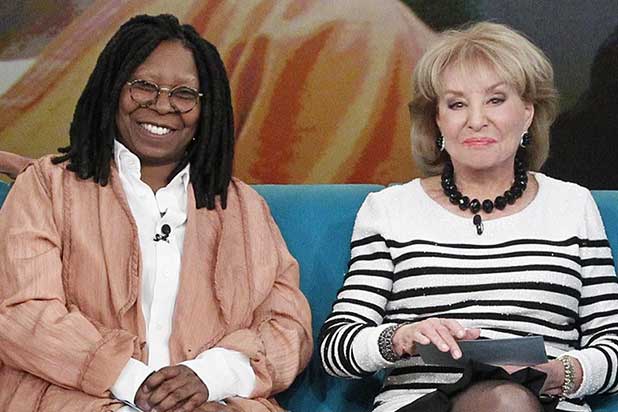 Reports surfaced Friday claiming Whoopi Goldberg referred to Barbara Walters as a “cranky 85-year-old woman” during a test screening Thursday for new “View” co-hosts, but ABC insists it never happened at all.

“Someone has tried to stir this pot before.  This is absolutely absurd,” a ABC spokesperson told TheWrap. “Whoopi is a consummate professional and has an enormous amount of respect for Barbara with whom she has a professional and personal relationship.  Unless you were there and heard it first hand, this is nothing more than mean and hurtful rumor.”

TheWrap confirmed Thursday that Goldberg, and returning “View”co-host Rosie O’Donnell, both took part in chemistry test screenings to narrow down co-hosts to replace Sherri Shepherd and Jenny McCarthy, who are both departing Monday.

According to TMZ, the diss happened after the test screening had finished. Goldberg allegedly told several producers and the other co-hosts “[I’ve been] working with a cranky 85-year-old woman who’s mad about everything for 2 years, and I need a break,” a clear reference to Walters, who left the show in May.

It implied Goldberg’s comment came after a heated and “nasty” discussion about abortion with co-host contender S.E. Cupp from CNN’s “Crossfire.” The report also said O’Donnell chimed in, saying she didn’t want another host like Elisabeth Hasselbeck, the show’s former feisty conservative who is now hosting “Fox & Friends.”