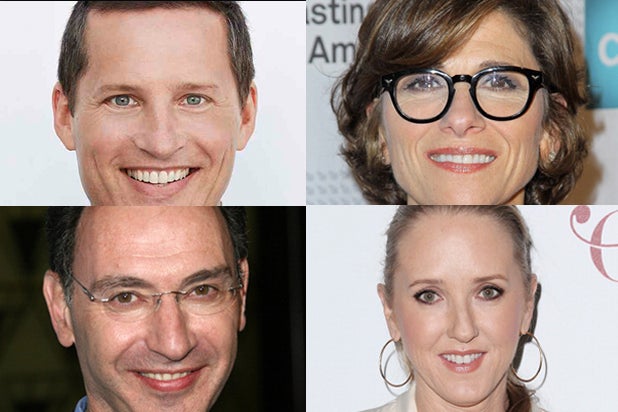 Top executives at ABC, CBS, Fox and NBC said they want much more diversity in the people who run their shows — and said what they’re doing to get there.

Paul Lee, ABC’s entertainment group president, is proud of the diversity in broadcast television, he said at Thursday’s National Hispanic Media Coalition MediaCon in Burbank. But he said networks need to do more.

Also read: Victoria Rowell Slams ‘Young and the Restless’ Over Lack of Diversity: Not One Black Executive Producer

“If you do not reflect the face of America, you will not get the ratings,” Lee said. “Anyone who says you cannot have a Latino lead or an African-American lead is now proven wrong.”

“We do not have enough showrunners, Latino in particular,” he added. “We’re getting there and we’ve certainly got a lot of developments in this particular cycle, but it has lagged behind what we’re doing onscreen.”

Jennifer Salke, NBC’s Entertainment President, said one solution is pairing established showrunners with talented up-and-comers of color. “It feels like there are marriages to be made,” she said. “We just have to keep trying to orchestrate them ourselves, because they don’t just happen naturally.”

Tassler, who is half Puerto Rican, said behind-the scenes diversity must start with open dialogue. “If there are those showrunners who don’t necessarily know how to have the conversation to bring in more people of color, maybe they don’t know how to articulate it. (We) have to say, ‘Let’s talk to each other about how we can do this better.'”

“In order to be organic, you have to have a diverse group of people,” he said. “Diversity doesn’t have to mean remedial. It shouldn’t just be interns, assistants and writing assistants.”