When the best picture is named at next year’s Academy Awards, the honor might not go to the film that receives the most votes.

In a major move that could transform Oscar campaigning, and one that the Academy has not talked about until now, voting for the slate of 10 best picture nominees has been changed dramatically. 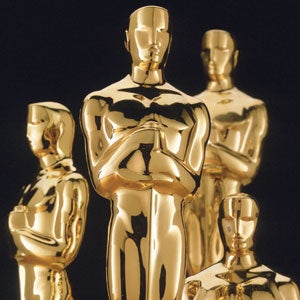 Instead of just voting for one nominee, the way Academy members have almost always done on the final ballot, voters will be asked to rank all 10 nominees in order of preference — and the results will be tallied using the complicated preferential system, which has been used for decades during the nominating process but almost never on the final ballot.

As a result, a film could be the first choice of the largest number of voters, but find itself nudged out of the top prize by another movie that got fewer number one votes but more twos and threes.

It sounds crazy, but there’s good reason to make the change at a time when dividing the vote among an expanded slate of 10 nominees could otherwise allow a film to win with fewer than 1,000 votes (out of the nearly 6,000 voting members).

“There are certain mathematical dangers with more nominees,” says the Academy’s executive director, Bruce Davis, who revealed the new rule exclusively to TheWrap. “You could really get a fragmentation to the point where a picture with 18 or 20 percent of the vote could win, and the board didn’t want that to happen.”

Voters will be asked to rank the 10 best picture nominees in order of preference, one through 10. Davis says that the category will be listed on a special section of the Oscar ballot, detachable from the rest so that a separate team of PricewaterhouseCoopers staffers can undertake the more complicated tabulation process.

Initially, PwC will separate the ballots into 10 stacks, based on the top choice on each voter’s ballot. If one nominee has more than 50 percent of the vote (unlikely, but conceivable some years), we have a winner.

But if no film has a majority, then the film ranked first on the fewest number of ballots will be eliminated.  Its ballots will then be redistributed into the remaining piles, based on whichever film is ranked second on those ballots.

Eventually, one film will wind up with more than 50 percent.

The process is designed to discern a true consensus and uncover, in Davis’ words, “the picture that has the most support from the entire membership.”

But to show that broad support, in most years the best picture winner will need to not only be ranked number one on lots of ballots, but also to be picked number two, three and four.

The rule has the potential to rewrite the strategic rules for Oscar campaigning. In the past, studios and consultants simply fought tooth and nail for those number one votes — which were, of course, the only votes Academy members could cast. Now it’ll be absolutely crucial to make sure your film is also in the top five on as many ballots as possible.

Maybe that’ll lead to more ads from broad-appeal films that might otherwise have seemed to be out of the running. Or maybe it’ll lead to more negative campaigning: after all, a good chunk of the voters don’t have to like your film the most, as long as you give them reasons to like it better than most of the other contenders.

Academy voters, by the way, don’t know about this yet. “I know people have been wondering about it, and even worrying about it,” says Davis. “At some point we’ll do a mailing, probably in the fall membership quarterly, to make it clear what’s coming up.”

ADDENDUM: The initial item in TheWrap yesterday breaking the news about the new method of tallying best-picture votes called it “unprecedented” – which, it turns out, wasn’t completely accurate.

It took a call to the Academy library and an afternoon of research for AMPAS to track down the history of using preferential voting in the final best-picture tally; turns out that 75 years ago, they used the method for a dozen years.

It started in 1934, when there were 12 nominees in the category; continued through the years of 10 nominees (1936-1943); and ended in 1945, after two years of tallying five nominees using the system.  In the 64 years since then, preferential voting has been used to determine the nominees but never the winners.