Advance tickets for the Academy Museum of Motion Pictures will become available August 5 at 9 a.m. PT, the museum said Wednesday.

The $388 million Wilshire Boulevard museum will open its doors to the public on Sept. 30 and will be preceded by a number of opening events including a gala on Sept. 25. A planned April 30 opening was postponed over COVID-19 concerns. The museum, located at the corner of Wilshire Blvd. and Fairfax Ave. on Museum Row, was first announced in 2012 with a target opening date of 2017.

“I know everyone involved in developing and opening the Academy Museum shares in my tremendous excitement at finally being able to invite the community in to explore our exhibitions and programs,” said museum president and director Bill Kramer in a statement. “We are deeply grateful to all of our supporters who helped to bring us to this milestone and to the Hobson/Lucas Family Foundation, whose support in honor of Academy Museum Honorary Trustee Sid Ganis has made it possible for us to offer free admission to visitors 17 and under.” 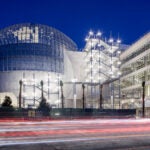 General admission tickets for the museum’s exhibitions—Stories of Cinema, Hayao Miyazaki, The Path to Cinema: Highlights from the Richard Balzer Collection, and Backdrop: An Invisible Art—will be $25 for adults, $19 for seniors (age 62+), and $15 for students, the statement said. Admission for visitors ages 17 and younger and California residents with an EBT card will be free. The Oscars Experience—an immersive simulation that enables guests to feel as if they are walking onto the stage at the Dolby Theatre in Hollywood and accepting an Oscar—will be accessed via a separate $15 ticket. A general admission ticket is required to access The Oscars Experience.

The Academy Museum of Motion Pictures is the largest U.S. institution devoted to the arts, sciences and artists of moviemaking. It was designed by architect Renzo Piano. The campus contains the former 1939 May Company Building — restored as the Saban Building — as well as a spherical addition. The buildings contain 50,000 feet of exhibition spaces, two theaters, public spaces, an educational space and other features. 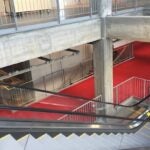 Also Read:
Look Inside the Academy Museum of Motion Pictures: How Finished Is It? (Photos)