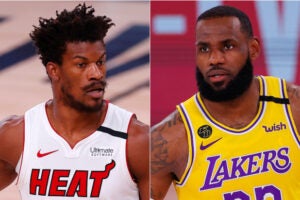 Scenes from the winning screenplays will be read by a group of actors in a virtual event on Dec. 3

Five screenwriters have been given $35,000 prizes as winners of the 2020 Academy Nicholl Fellowships in Screenwriting, the Academy announced on Wednesday.

The five winners are James Acker for the screenplay “SadBoi,” Beth Curry for “Lemon,” Vanar Jaddou for “Goodbye, Iraq,” Kate Marks for “The Cow of Queens” and Jane Therese for “Sins of My Father.” They were chosen by the Academy Nicholl Fellowships Committee from the 7,831 scripts submitted to the Academy.

The Nicholl Fellowships have been presented by the Academy since 1986 to aspiring screenwriters. Past winners include Nikole Beckwith (“Stockholm, Pennsylvania,” “Togetherish”), Alfred Botello (“Space Jam: A New Legacy”), Michael Werwie (“Lost Girls”) and Terri Miller and Andrew Marlowe (“The Equalizer”).

In addition to the $35,000 cash prizes, which are intended to allow the recipients to complete a feature-length screenplay during their fellowship year, scenes from the winning scripts will be read by an ensemble of actors at a virtual event on Dec. 2.

Finalists who did not win were Kris A. Holmes for “The Seeds of Truth,” Fred Martenson for “Demons in America,” Robin Rose Singer for “The Lions of Mesopotamia,” David Harrison Turner for “Safe Haven” and Andrew Wankier for “Three Heavens.”

With her 13th nomination this year, Diane Warren has a chance to snap her streak and finally win her first Oscar. She lost again in 2021, extending her record to 12 nominations and no wins. Here are some other unlucky Oscar nominees.