Oscar season has begun, and the race toward the major awards is starting to line up. Current favorites in the Best Picture category include Steven Spielberg’s “The Fablemans,” Sarah Polley’s “Women Talking,” Todd Field’s “Tár,” Martin McDonagh’s “The Banshees of Inisherin,” Darren Aronofsky’s “The Whale” and Rian Johnson’s “Glass Onion: A Knives Out Story.”

As usual for this point in the awards calendar, though, none of these films are available for Oscar voters to view in the Academy Screening Room, a members-only portal to aid voters in seeing the movies in contention. And the big contenders that have already played in theaters aren’t available, either: There’s no “Top Gun: Maverick,” no “Elvis,” no “Everything Everywhere All at Once.”

In fact, as of the last week of September, there are only 12 films in the Academy Screening Room. Four of them – “Hallelujah: Leonard Cohen, a Journey, a Song,” “Navalny,” “Salvatore: Shoemaker of Dreams” and “Turn Every Page” – are documentaries; another, “The Bad Guys,” is animated. 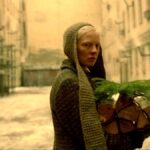 Rounding out the dozen of available titles are the spy thriller “All the Old Knives,” the drama “Emergency,” the Adam Sandler vehicle “Hustle,” the Jennifer Lopez-Owen Wilson romance “Marry Me,” the horror drama “Master,” Ron Howard’s Thai cave rescue film “Thirteen Lives” and the Sundance hit “Good Luck to You, Leo Grande.” (The latter Emma Thompson-starrer the screening-room film that probably has the best shot at landing a nomination in some category.)

The number of films is about half of what it was last year, when the Academy Screening Room contained 23 films at a similar point in the Oscar calendar. The Academy, though, does not control what films go into the screening room or when they go on the platform; that’s a decision made by the films’ studios, which often prefer to have voters see their films in theaters (or on their own streaming platforms) until later in the season.

Studios or production companies must also pay $20,000 for a film to be included in the screening room, while Academy guidelines say there will be a lag time of “at least 10 business days” from the time the fee is paid and materials are submitted to the time that film goes live on the platform.

(It’s perhaps worth noting that after Oscar nominations are announced on Jan. 24, all recognized films will be available in the screening room free of charge to their studios.) 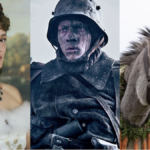 At this point, members have not yet been invited to join the voting committees in the international and animation categories, so those screening rooms have not yet been opened. In the screening room devoted to the Best Documentary Feature category, the 28 currently available films are more than the 17 that were available at this point last year, though far less than the 86 available in 2020. The number of eligible docs is expected to end up close to 200.

The first 15 documentaries were put in the screening room on August 19, and include “The Automat,” “Hallelujah,” “Jazz Fest: A New Orleans Story” and “Navalny,” along with seven short docs. Another 13 features were added on Sept. 16, among them “Cow,” “Fiddler’s Journey to the Big Screen,” “My Old School,” “Salvatore” and “Turn Every Page.” Four shorts were added at the same time.

New York and London AMPAS screenings have included “Blonde,” “Moonage Daydream,” “The Woman King” and “Don’t Worry Darling,” and will include “Bros,” “Amsterdam” and “The Banshees of Inisherin.” 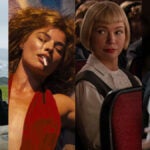 Here are the films in the main and documentary screening rooms as of Sept. 27.

DOCUMENTARIES
“Anonymous Club”
“The Automat”
“Bad Axe”
“The Balcony Movie”
“Bitterbrush”
“The Camera of Doctor Morris”
“Children of the Mist”
“Civil”
“Claydream”
“Cow”
“Deep in the Heart: A Texas Wildlife Story”
“Dreaming Walls: Inside the Chelsea Hotel”
“Fanny: The Right to Rock”
“Fiddler’s Journey to the Big Screen”
“Hallelujah: Leonard Cohen, A Journey, A Song”
“Hold Your Fire”
“A House Made of Splinters”
“I’m Wanita”
“Jazz Fest: A New Orleans Story”
“Keep Stepping”
“My Old School”
“Navalny”
“Only In Theaters”
“Salvatore: Shoemaker of Dreams”
“Sirens”
“The Story Won’t Die”
“Surviving Sex Trafficking”
“Turn Every Page – The Adventures of Robert Caro and Robert Gottlieb”