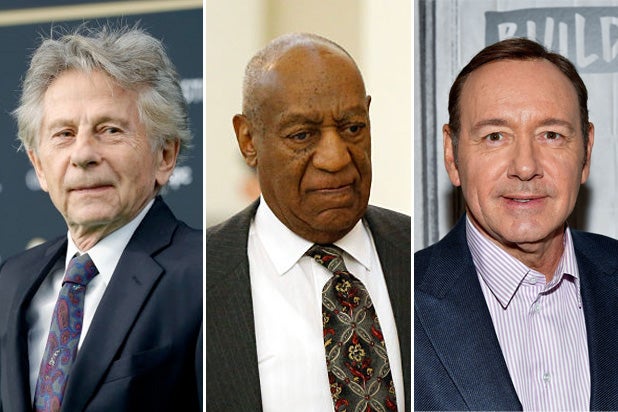 Kevin Spacey, Roman Polanski, Bill Cosby, Mel Gibson and many others might have reason to be concerned about their Academy membership in the wake of Wednesday’s release of a “standard of conduct” statement threatening the suspension and expulsion of members who don’t adhere to the new code of conduct.

But they don’t need to worry just yet. Unlike the October 14 expulsion of disgraced Oscar-winning producer and indie mogul Harvey Weinstein following an an extraordinary vote of the Board of Governors, the Academy plans to take its time with future disciplinary moves.

That’s because this week’s statement, which was drafted by a task force headed by Academy governor David Rubin and approved by the Board of Governors on Tuesday night, is a simple statement of principles that does not include a plan to seek out and discipline potential offenders — whose numbers seem to have mushroomed in the weeks since Weinstein’s sudden downfall after dozens of women accused him of sexual misconduct.

In fact, the Academy specifically delays any reckoning for post-Harvey types.

“There is no place in the Academy for people who abuse their status, power or influence in a manner that violates recognized standards of decency,” reads part of the seven-sentence statement. “If any member is found by the Board of Governors to have violated these standards or to have compromised the integrity of the Academy by their actions, the Board of Governors may take any disciplinary action permitted by the Academy’s Bylaws, including suspension or expulsion.”

But the accompanying email, which was sent to members on Wednesday evening by Academy CEO Dawn Hudson, noted: “Much remains to be done. The task force will finalize procedures for handling allegations of misconduct, assuring that we can address them fairly and expeditiously. This process will ultimately guide the Board of Governors in assessing if certain allegations warrant action regarding membership. Those procedures will be sent to you in the new year.”

In other words, the board is not going to hold hearings on Spacey or Polanski or anyone else until the Academy has a procedure in place — and the procedure won’t be in place until the task force formulates it, which likely won’t happen until sometime in 2018. The task force includes professors of ethics, business, philosophy and law and experts in human resources and sexual harassment.

The board clearly doesn’t have much stomach for hearings that more than one member has suggested could turn into a witch hunt, but at some point it will need to implement the system its statement promises.