Actress June Havoc, sister of Gypsy Rose Lee, whose childhood was depicted in the Broadway musical “Gypsy” died on Sunday, the Village Voice has reported. She was 96. 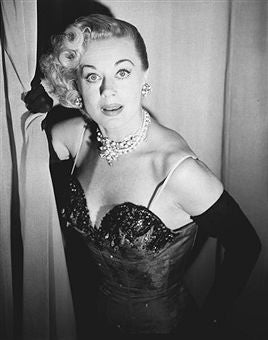 Havoc was born Ellen Evangeline Hovick Nov. 8, 1913, in Vancouver. Her father was a Seattle reporter, and her parents divorced when Havoc was very little.

Her mother, Rose Hovick, began grooming Havoc for a life in show business almost immediately. She appeared in several silent films, including one with Harold Lloyd, and at the peak of her Vaudeville popularity was earning $1,500 a week during the Depression.

Billed as “Baby June” and later “Dainty June,” she hated the life, and her ruthless stage mother, and escaped by eloping with fellow performer Bobby Reed at the age of 13.

After she ran off, Rose had Reed arrested, and attempted to shoot him when he turned up at the police station. The gun failed to go off, and Reed was freed.

Havoc’s sister, whose real name was Louise Hovick, took her place on the stage, eventually found her gimmick as a strip tease artist who mostly teased and billed herself as "Gypsy Rose Lee."

After a short marriage, Havoc and Reed were divorced and Havoc, at 17, began an affair with a dance-marathon promoter, Jamie Smythe. They had a child, April, who died in 1998. 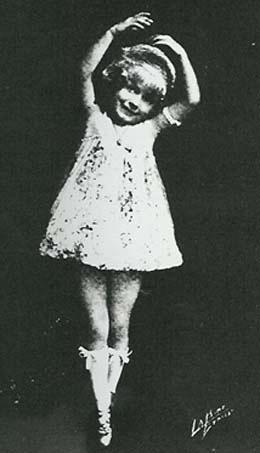 In 1944, Lee had a short affair with director Otto Preminger; they had one son, Erik Preminger. Havoc married twice more and eventually became an actress in her own right, appearing on Broadway in the hit “Pal Joey,” in such movies as “Gentleman’s Agreement” with Gregory Peck and on TV in “General Hospital” and her own "June Havoc Show."

She wrote two autobiographies, “Early Havoc” (1959) and “More Havoc “ (1984). The former, which chronicled her attempts to earn money on the dance-marathon circuit, became the play “Marathon ‘33” and the movie “They Shoot Horses, Don’t They,” starring Jane Fonda.

When she discovered that a musical was being made of her sister’s autobiography, “Gypsy,” it caused a rift between the sisters. Havoc began a series of legal battles to halt the production. The producers of the show – written by Arthur Laurents and Jule Styne with lyrics by then-budding composer Stephen Sondheim – added the words “A Musical Fable” to the title so they could finally move ahead.

The sisters reconciled shortly before Lee died in 1970. Their mother died in 1984, her last words reportedly threatening her daughter Louise, promising to drag her into death with her.