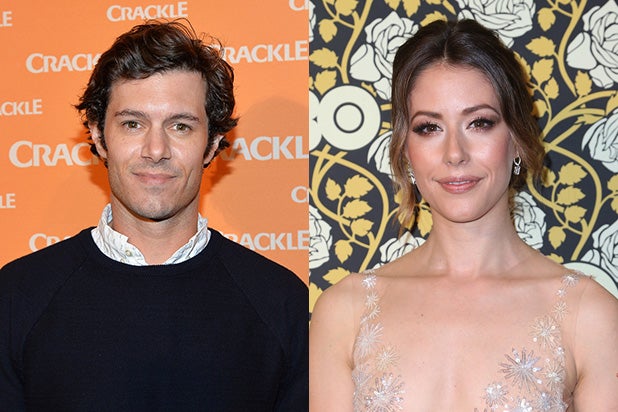 Adam Brody and Amanda Crew are set to star in the upcoming thriller “The Wanting,” from director Yam Laranas, TheWrap has learned.

Based on a short story by Gin de Mesa and Laranas, the film follows an all-American couple whose dream of starting a family is shattered after they move into the perfect New England neighborhood. Once settled, they soon after descend into the depths of terror as they struggle to survive a genuine threat from a dark presence that appears to want to end their very lives.

Brody, who broke out as the star of Fox drama “The O.C.,” has most recently appeared on the TV series “StartUp” and wrapped production on the upcoming big screen comedy “CHiPs.” Crew currently stars on HBO series “Silicon Valley.”

Production on “The Wanting” is currently underway in Toronto.

Rob Heydon is producing the film, with the adapted screenplay written by Donald Martin. Sid Ganis and Joni Sighvatsson serve as executive producers.

Laranas is the Filipino director behind “Sigaw” and “The Road,” two recent box office successes in the Philippines. “Sigaw” was remade as “The Echo” in the U.S. by producer Roy Lee (“The Departed”), again with Laranas at the helm, and “The Road” was picked up for U.S. distribution in 2012. He is represented by Rob Szymanski, Eclipse Law Corporation.

Also Read: Netflix in October: What's Coming and What to Watch Before It's Gone (Photos)

Brody and Crew are both represented by UTA. Crew is also repped by Vickie Petronio at Play Management, and the attorneys at Hansen, Jacobson, Teller, Hoberman, Newman, Warren, Richman, Rush & Kaller.

TheWrap takes a look back at the 17 years of shaky, grainy camera footage that began with “The Blair Witch Project” in 1999

Though "The Blair Witch Project" didn't invent the found footage horror genre (that is often attributed to "Cannibal Holocaust") it helped popularize it and became the predecessor for some of the most popular fright flicks of the 21st Century. With the trend coming full circle with "Blair Witch," let's look back at some of the most notable films to use this grainy style.