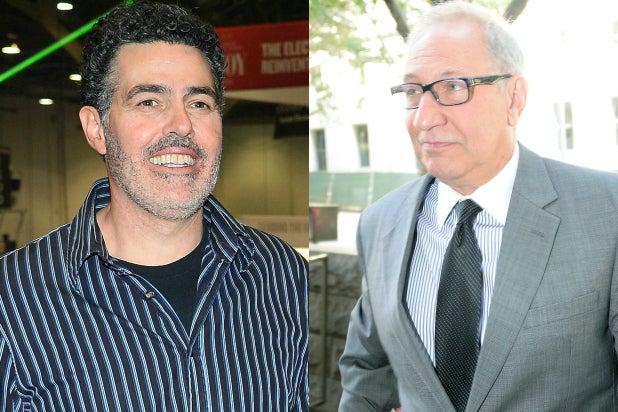 Podcasting king Adam Carolla is adding yet another Internet radio talkshow to his busy calendar, TheWrap has learned exclusively.

“Reasonable Doubt” will be co-hosted by celebrity attorney Mark Geragos, a regular guest across Carolla’s many ventures. In addition to their friendship, Geragos has represented Carolla in prior litigation.

The plan calls for a weekly show following the Fourth of July weekend.

Additionally, Carolla’s Spike TV “Catch a Contractor” co-stars Alison and Skip Bedel will soon be hosting their own podcast under the growing Carolla Digital banner, TheWrap learned. That one will be called “Hammer and Nails.”

Carolla also co-hosts “PO’d” with Dennis Miller, though that Podcast One show has been on hiatus.

The former “Man Show” host has been busy in the film world too as of late. He successfully crowd-funded second independent film “Road Hard,” which came out earlier this year, and more recently released the documentary “Winning: The Racing Life of .”