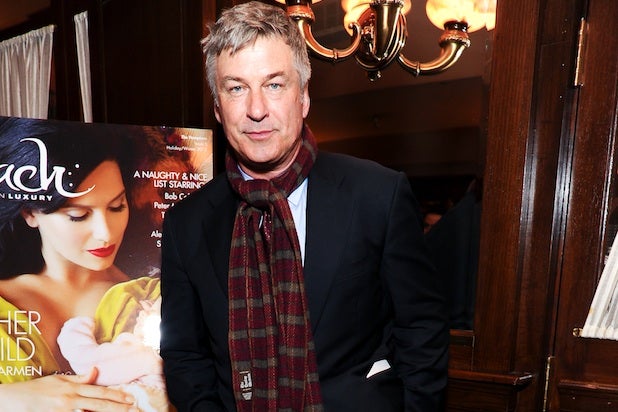 Actor Alec Baldwin was cited for riding his bike in the wrong direction Tuesday and allegedly arguing with officers who stopped him.

The “30 Rock” star was taken to a Manhattan police station Tuesday morning to receive one summons for riding in the wrong direction and one for disorderly conduct, New York City Police Officer Arlene Muniz told TheWrap.

“He was being belligerent and cursing,” she said. “He was fighting with the officers.”

Baldwin was stopped on Fifth Avenue and 16th Street for riding his bike in the wrong direction, Muniz said. He was carrying a credit card but not a picture ID, so he was taken to the station to be officially identified.

She said officers did not recognize the actor at the time he was taken into custody. He was soon released.

Baldwin’s representative declined to comment. But a person close to Baldwin confirmed he was stopped for going in the wrong direction and that he was not carrying any ID.

“He was just going on a bike ride for exercise,” the person told TheWrap. “He wasn’t arrested, he was just given a summons.”

Baldwin took to Twitter after the incident on Tuesday and identified the arresting officer by badge number, while lashing out at the city.

Officer Moreno, badge number 23388, arrested me and handcuffed me for going the wrong way on Fifth Ave

Meanwhile, photographers outside my home ONCE AGAIN terrified my daughter and nearly hit her with a camera. The police did nothing.

New York City is a mismanaged carnival of stupidity that is desperate for revenue and anxious to criminalize behavior once thought benign.

In Touch printed photos of a man, purported to be the “30 Rock” star, being led into a police car in handcuffs.