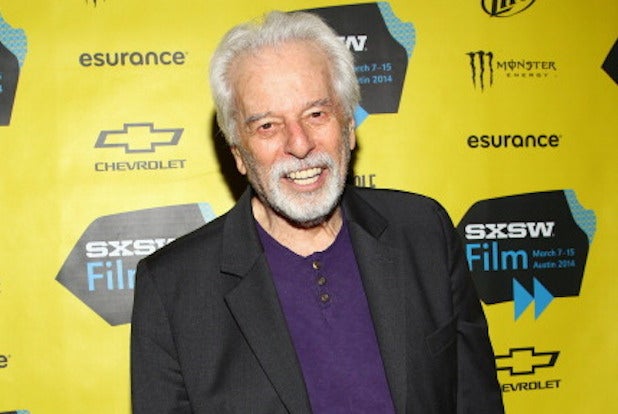 Nearly four decades after the acid western “El Topo” brought Chilean filmmaker/actor/writer/philosopher Alejandro Jodorowsky to the world’s attention, the original midnight film will finally get a sequel — of sorts.

Jodorowsky, whose psychedelic film oeuvre also includes the cult classics “Holy Mountain” and “Santa Sangre,” is perhaps as well-known for the movies he didn’t make in his lengthy and varied career. He was rarely able to secure financing for his ambitious ideas, which were far from guaranteed moneymakers. He channeled most of his creative thoughts into comic books, instead, and became a legend in the field.

Now, he has decided to convert several abandoned movies into comic form, as well, including “Son of El Topo,” an original idea called “Abel Cain,”  and a metaphysical western-casino-gangster story called “King Shot,” which at one point had a cast attached that included Nick Nolte and Marilyn Manson.

But despite his decision to convert films to comics, Jodorowsky is far from retiring from moviemaking. Sony Pictures Classics will soon release a documentary about his fabled-but-failed attempt to turn the novel “Dune” into a massive space epic picture, while his own comeback movie, “The Dance of Reality,” debuted last year at Cannes to positive reviews and will hit theaters stateside in May.

His late revival can be traced back to a 2007 DVD release of his films, which were hidden from the public for 30 years because of a disagreement with producer Allen Klein. The remastering and release has given him a new generation of fans, and subsequently, revived his ambition.