Alex Cord, an actor who portrayed the character codenamed Archangel in the military TV drama “Airwolf,” has died. He was 88.

Cord’s passing was confirmed to TheWrap by his publicist Linda McAlister, who said he died surrounded by friends in his home in Valley View, Texas, on Monday around 6:30 p.m. CT.

Alex Cord, born Alexander Viespi Jr., was best known for his work on “Airwolf” alongside Jan-Michael Vincent and Ernest Borgnine. The show ran between 1984-86 for 55 episodes and was the story of a renegade pilot who goes on missions in an advanced battle helicopter. The show spawned a TV movie in 1984. 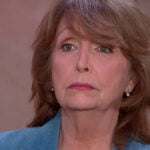 After being confined to a hospital and an iron lung in much of his youth, Cord eventually pursued a dream of becoming a professional horseman and joined a rodeo circuit at age 16. But after suffering an injury while performing at Madison Square Garden, he pivoted his pursuit to acting and studied at the Actors Studio.

Following some early work in theater in both St. Louis and in London, he relocated to Hollywood and found that his background in rodeo gave him a leg up in Westerns and action series such as “Laramie,” “Naked City,” “Route 66” and even starring in remakes of films like “Stagecoach” and “Grayeagle” (a remake of John Wayne’s “The Searchers”). 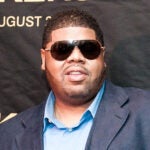 Late in his life, Cord continued his competitive rodeo spirit with charity work and benefits for the Ben Johnson Pro-Celebrity Rodeos and others. He was also the author of several novels, “A Feather in the Rain” (2005), “Days of the Harbinger” (2013), “The Man Who Would Be God” (2014) and “High Moon” (2016).