“Paper Girls” follows four young girls who, while out delivering papers on the morning after Halloween in 1988, become unwittingly caught in a conflict between warring factions of time-travelers, sending them on an adventure through time that will save the world, per Amazon’s official description. As they travel between our present, the past, and the future — they encounter future versions of themselves and now must choose to embrace or reject their fate. 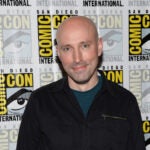 Comedian and actress Wong will play Adult Erin – the woman that 12-year-old character Erin Tieng (Riley Lai Nelet) grows up to become. When the two Erins finally come face-to-face, they are forced to confront the gap between their childhood hopes, dreams, ambitions and the reality of their grown-up life.

Based on the best-selling graphic novel series by Vaughan and artist Cliff Chiang, “Paper Girls” will be co-showrun by Stephany Folsom and Christopher C. Rogers, with Vaughan, Chiang, Plan B and Christopher Cantwell executive producing. 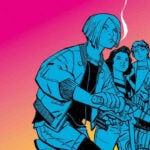 The series, which is set to film in Chicago later this year, hails from from Amazon Studios and Legendary Television, in association with Plan B.

Wong is the writer and star of the hit stand-up specials “Baby Cobra” and “Hard Knock Wife.” She also co-wrote, starred in and produced the Netflix romantic comedy “Always Be My Maybe,” and is the author of the NYT bestseller “Dear Girls.” She currently voices the role of Bertie on “Tuca and Bertie,” which has moved from Netflix to Adult Swim for Season 2. Up next, Wong will be starring in and producing the dramedy “Beef” with Steven Yeun, Lee Sung Jin and A24.