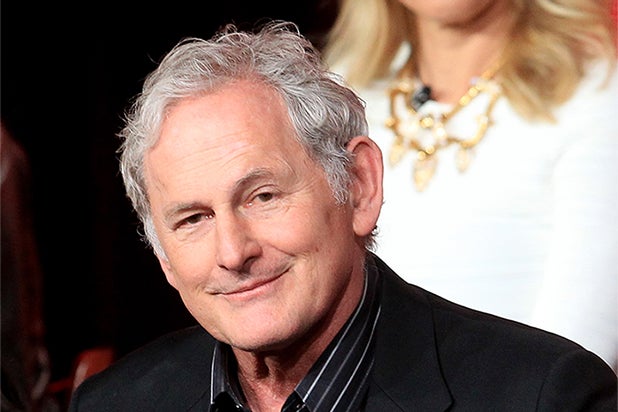 Victor Garber has been cast in a guest starring role on the CW’s “The Flash,” an individual with knowledge of the project has told TheWrap.

The former “Alias” star has been cast in the recurring role of Dr. Martin Stein alongside Ronnie Raymond (Robbie Amell), and will first appear on Episode 112 of the “Arrow” spin-off.

Dr. Stein, a brilliant physicist, is also one half of the entity known as Firestorm in the DC Comics universe. On the show, the same particle accelerator accident that turned Barry Allen into The Flash also fused Dr. Stein with Ronnie Raymond, much to both characters’ dismay.

Also read: ‘The Flash’ Gives The CW Its Biggest Premiere in Five Years

Garber is perhaps best known on television for playing Sydney Bristow’s father on the J.J. Abrams series “Alias,” but more recently he starred along side 50 Cent on the Starz series “Power,” which concluded its first season in August. The 65-year-old actor has also appeared several acclaimed films, including “Argo” and “Titanic.”

This is the latest in a string of guest star news from the freshman superhero series recently. As TheWrap previously reported, “Prison Break” stars Dominic Purcell and Wentworth Miller are set to guest star as the villains Heat Wave and Captain Cold. In addition, former star of CBS’s 1990s “Flash” series Amanda Pays will reprise the role of Dr. Tina McGee on an upcoming episode.

“The Flash” stars Grant Gustin as a forensic detective named Barry Allen who gains supernatural speed after being struck by a golden bolt of lightning and winds up teaming up with STAR labs to defend Central City. It debuted to the tune of 4.54 million total viewers Tuesday, giving the CW it’s biggest premiere in five years.