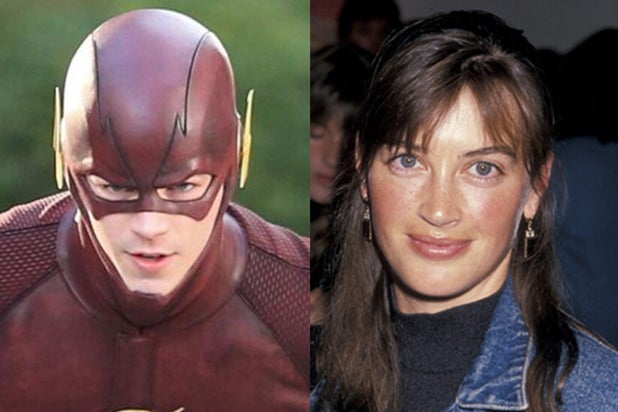 CW’s “The Flash” is bringing back Amanda Pays for the same role she had in the 1990s CBS series also called “The Flash,” an individual with knowledge of the project tells TheWrap.

She will play Dr. Tina McGee in Episode 109 of the upcoming “Arrow” spin-off.

The CW’s “The Flash” stars Grant Gustin as a forensic detective who gains supernatural speed after being struck by a golden bolt of lightning and winds up teaming up with STAR labs to defend Central City. In the CBS series, Dr. McGee worked for STAR labs and helped the titular superhero control his powers and fight crime. But in The CW version she’s said to align herself with a rival faction.

Pays previously starred alongside Rob Lowe in 1984’s “Oxford Blues” and in 14 episodes of the satirical science-fiction series “Max Headroom.” This is the 55-year-old actress’s first listed credit since a 2008 episode of “Psych.”

She is repped by Origin Talent.

The Flash premieres Tuesday, Oct. 7 on The CW.