Super will release the film in theaters, following its U.S. premiere at the New York Film Festival and screening at the BFI London Film Festival, both in October. “Saint Omer” won the Silver Lion Grand Jury Prize and the Luigi De Laurentiis Lion of the Future Award for Best Debut Feature at Venice; it also played at TIFF earlier this month, making it one of only four films to compete at NYFF, TIFF and Venice.

“Saint Omer” is the first narrative feature from Diop, the documentary filmmaker of “We,” “La Permanence” and “La Mort de Danton.” Inspired by a true story, the film revolves around the trial of Laurence Coly, a Senagalese woman accused of killing her infant daughter in northern France. A pregnant novelist named Rama attends the trial, only to have her convictions and judgments profoundly shaken by the words of the accused and witness testimonies. 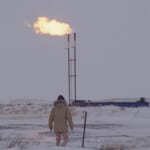 Also Read:
Heist Thriller ‘How to Blow Up a Pipeline’ Acquired by Neon Out of Toronto

“Saint Omer” is shortlisted for France’s Best International Feature submission to the 2023 Academy Awards. It currently maintains a 100% critic score on Rotten Tomatoes. 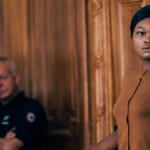