“All That Breathes,” a lyrical documentary about two brothers who rescue birds that have fallen victim to the polluted air in New Delhi, has been named the best nonfiction feature of 2022 at the International Documentary Association’s IDA Documentary Awards, which took place on Saturday night in Los Angeles.

“All That Breathes” won four awards overall, an unusually robust showing at the IDA Awards. The HBO Documentary Films release won Best Feature in a category that also included “All the Beauty and the Bloodshed,” “Fire of Love” and “Navalny”; director Shaunak Sen and editors Charlotte Munch Bengtsen and Vedant Joshi won in their categories; and the film also won the Pare Lorentz award, which goes to a socially conscious film of note.

“Fire of Love” won in the writing and cinematography and categories. Director Sara Dosa shared the win for writing, while the film’s late subjects, married volcanologists Maurice and Katia Krafft, were among the cinematographers honored for their camerawork. 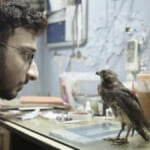 Other feature-film winners included “Louis Armstrong’s Black & Blues,” which was named the year’s best music documentary; “The Melt Goes On Forever: The Art & Times of David Hammons,” which won for Ramachandra Borcar’s musical score; and “Riotsville, U.S.A.,” which won the ABC News VideoSource Award for a film that makes use of news footage.

Winners in the television categories include PBS’s “POV,” the documentary series “Origins of Hip Hop” and the multi-part doc “We Need to Talk About Cosby.”

Founded in 1982, the International Documentary Association presents the longest-running awards show dedicated exclusively to nonfiction filmmaking. In the 17 years since the IDA Awards has presented a single Best Feature prize, the winner has gone on to be nominated for the Best Documentary Feature Oscar 11 times, and has won four times, most recently with “O.J.: Made in America” in 2016.

IDA nominations are made by independent committees of filmmakers, curators, critics and industry experts. The winners are voted on by members of the IDA. 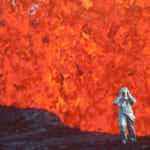 The ceremony took place at the Paramount Theater on the Paramount Pictures lot in Los Angeles, and was hosted by comedian and actor Jenny Yang.