The Trump Organization and longtime CFO Allen Weisselberg have been charged with 15 felony counts in what prosecutors call a long-running scheme to evade taxes, according to an indictment unsealed Thursday.

Weisselberg, who was accused of evading taxes on $1.7 million in income and surrendered to Manhattan District Attorney Cyrus Vance Jr., pleaded not guilty and was released on his own personal recognizance. Trump Organization attorney Alan Futerfas stated after the arraignment that “political forces” were behind the charges, which, he added, wouldn’t have been brought “if the name on the company was something else.”

“They’re going to be vigorously contested by people who are experts in the field and know this law very, very well, ” he said. 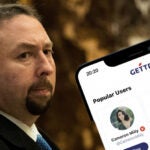 A Manhattan grand jury filed the criminal indictments on Wednesday against the organization and longtime CFO Weisselberg on conspiracy and grand larceny charges.

Weisselberg’s attorney had no comment and a lawyer for the Trump Organization did not immediately respond to a request for comment on the Wednesday charge.

Weisselberg has been the subject of media scrutiny for months as prosecutors sought to flip him to their side and gain his valuable insights into the Trump Organization as fodder for further indictments. Even Weisselberg’s own former daughter-in-law Jennifer Weisselberg predicted that he would cave under government pressure.

Jennifer cooperated with investigators, turning over “several boxes of documents” after a divorce from Barry Weisselberg, son of Allen and also a Trump Organization employee. These documents are also being used in an ongoing investigation into Trump’s finances, which kicked into full swing last year when decades of Trump’s tax returns were finally unsealed.