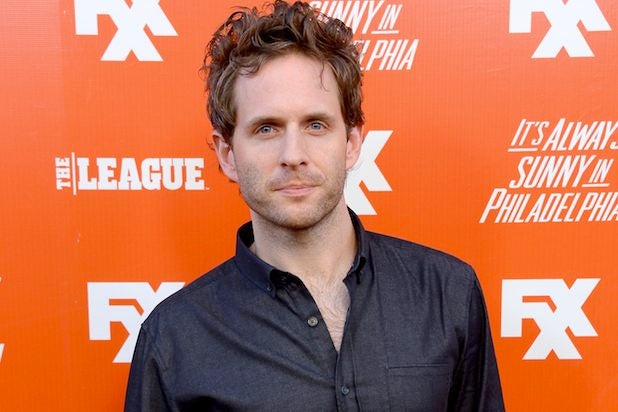 The D.E.N.N.I.S. System to seducing women may be hilarious on “It’s Always Sunny in Philadelphia,” but it’s actually quite dangerous in real life, and Glenn Howerton doesn’t recommend going past step one: “Demonstrate Value.”

“Hey Glenn. I attempted to use the D.E.N.N.I.S. system to woo a nice lady and now I’m serving 3 consecutive life sentences. Where did I go wrong?” a fan asked the actor, who plays Dennis Reynolds on the FXX comedy series, during a Reddit AMA on Monday.

“Probably right at ‘engage physically,'” Howerton said of the systematic method (Demonstrate value,  Engage physically, Nurture dependence, Neglect emotionally, Inspire hope, Separate entirely) while promoting the film he produced, “The Wilderness of James,” which is screening at South by Southwest this week.

Here are six other things we learned from the actor on Reddit:

We owe “Flash Gordon” for one of the greatest musicals of all time, “The Nightman Cometh.”
Q: How did you guys come up with possibly the greatest piece of musical history ‘Dayman Nightman’? And how long did it take?

Originally, the Dayman Nightman thing was just one really silly joke in an episode that we never in a million years thought would be that interesting to people. And then it just took off.

A: Probably right at “engage physically.”

The gang will be traveling somewhere further than they have ever traveled before (The Jersey Shore)
Q: Would you like to/have you any plans to take the gang to another location for an episode of Sunny? I very much liked the Jersey Shore episode and would love to see the proprietors of the Irish pub…in Ireland.

A: Thank you! And I will say that in season 10, you will see our characters on an airplane.

Aaron Paul chose “Need for Speed” over guest starring on “Always Sunny.” Worth it?
Q: Any special plans for season 10? I heard Aaron Paul was interested in the show, will he be on? That would be absolutely amazing!

A: Aaron is a friend of ours, and loves the show, and we’re big fans of his. So we wrote him a role, but unfortunately he was shooting N4S at the same time and couldn’t do it. 🙁

Dennis, Mac and Charlie may seem like bigots, but the actors who play and write them actually care about gay rights. A lot.
Q: Sexuality always seems to be a topic of discussion both on the show and in interviews. Sunny isn’t a show exactly known for it’s aggressive stance on social issues, yet for a show that presents these things with a sense of grim neutrality, I feel like it’s actually done a better job that most when it comes to queer issues … As a queer girl myself, Mac especially is a character that feels very validating, and even though the show never presents topical issues seriously.

A: The issue of equal rights for homosexuals is something that is very important to us. But because our show is a comedy and a satire, it gives us the opportunity to address issues surrounding sexuality in a way that is comical but because it’s comical, in our opinions, it can be even more poignant, because it’s couched in comedy. And therefore, it’s more subversive. Sometimes presenting the most ignorant point of view can be the best way to satirize the issue and highlight that ignorance.

Howerton loves dining in fine Philadelphia establishments — he just can’t remember any of their names.
Q: Having lived in the Philly area my whole life, watching ‘Always Sunny’ is basically a requirement. I know you guys mostly film in LA, but when you’re in Philly, where are some of your favorite places to eat (and drink)?

A: I can never remember the name of anywhere I’ve ever been. I will say that I’ve eaten at a ton of GREAT places. I just don’t remember their names. I’m not that guy.