Alycia Debnam-Carey has penned a note to fans of “Fear the Walking Dead” confirming her exit from the AMC series.

“To my dearest @feartwd family, tonight marks the end of an extraordinary and life changing journey of playing Alicia Clark,” she wrote on Instagram Sunday night. “Where to begin… I will never be able to fully express the kind of journey I have had working on @feartwd for so long. It has gifted me so much.”

The actress, who played Alicia on the show, called “The Walking Dead” spinoff the “most extraordinary training ground” for an actor where she was “given the chance to grow and learn.”

“I’ve had the honour of working with so many inspiring and talented people,” the Australian actress wrote. “It provided new opportunities, such as directing and it has bonded me to such incredible fans that have supported me along the way. It has been exciting, challenging, fun, hard and inspiring.” 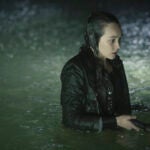 As she reflected on her exit from the series, which wrapped its seventh season on Sunday night, she explained that it was her decision to go.

“But now at 28, after 7 years and 100 episodes, I decided it was time for me to move on as an actor and as a person,” she shared in her lengthy post. “As is the nature of our jobs I needed to seek out new challenges, new opportunities and carve out a new chapter for myself. I have been so lucky to be a part of something so awesome for so long but I hope you can understand and respect my choice to further expand and grow. I wouldn’t be here without you all and I am so grateful.”

Debnam-Carey went on to thank the casts and crews she worked with throughout the series. She also ended her note by wishing the best for the cast continuing on the show.

“To the cast going forward, I’m so excited for what you will create next! And to my ride or dies who have been there with me every step of the way (you know who you are) I will be forever grateful to you,” she wrote. “It is bittersweet, but it is time. Thank you for everything. My love to you all.”

Up next for Debnam-Carey is the Hulu series “Saint X.” 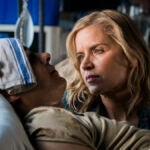 Also Read:
‘Fear the Walking Dead’ Renewed for Season 8; Kim Dickens to Return in Back Half of Season 7