In her youth, Alyson Stoner was a successful actor, singer and dancer known for movies like “Cheaper by the Dozen,” “Step Up” and “Camp Rock.” But she was also a regular young woman coming to terms with her sexuality: a journey she recounts in her newly released book, “Mind Body Pride.”

In an interview with Insider published on Wednesday, Stoner, who identifies as pansexual, discussed the conflicting feelings she struggled with after falling in love with a woman for the first time and attempting to reconcile her sexuality with her religious beliefs. Stoner said she even turned to outpatient “conversion therapy” at one point.

“I felt stuck. I felt wretched. I felt like everything was wrong with me, even though I, in my heart of hearts, only desired to be a devoted follower of God,” Stoner said. “So to hear from people you trust, from people you respect, from people you might even aspire to become, that you at your core are ‘rotten,’ ‘abominable,’ that the devil has a target on your back because of your position in Hollywood… it just sends you into a spiral, at least for me, because I just wanted to do the right thing.” 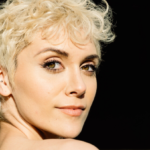 While Stoner said she attempted to empathize with the pastors and their viewpoints — noting that their opinions were of a particular “environment and a time period” — she is not so forgiving about the “therapy” itself. She told Insider that her experience with conversion therapy was so distressing that it was still “legitimately difficult” to talk about.

“My mind doesn’t want to even go there. My legs started shaking at the thought of reliving some of it,” Stoner said. “I know firsthand how dangerous it is for me as someone who had access to therapy and other forms of support. And I still was considering whether my life was worth living or, if everything was wrong with me, then what good was it for me to be around, starting to see myself as someone who only brought harm to other people to society.”

She warned that conversion therapy can cause such feelings of depression and self-hate that it can drive participants to suicide.

“The dangers are measurable. They are measurable. Even if someone comes out of it on the other side and says, ‘Hey, no, I’m living a great life,’ there are scars there. There are shadows,” she said. “So yes, I’m not capable yet of going back and recounting specifics, which is an indicator of just how difficult that chapter was for me.”

One hundred percent of the profits from Stoner’s “Mind Body Pride” will directly benefit LGBTQIA+ youth. 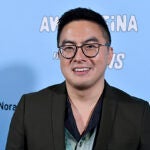