The actor, producer, host, activist, entrepreneur, humanitarian and New York Times best-selling author will write and produce projects for A+E Studios for sale on all global and domestic television platforms and services.

A+E Studios had acquired Milano’s pilot script “Things I’m Seeing Without You,” which she adapted based on the young adult novel by Peter Bognanni. “Things” tells the story of a teenage girl reconnecting with her estranged father following the death of her boyfriend.

“I am thrilled to be entering into this partnership with A+E Studios,” Milano said. “Having told stories as an actor and producer, it’s incredibly fulfilling to now expand my passion for writing as well as have a home for projects I am lucky enough to produce. A+E Studios has already been a wonderful partner and I’m excited for all that’s to come.” 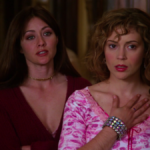 “Alyssa Milano is a creative force-of-nature,” Jossen said. “She has already achieved so much in her life as a performer, activist, author, podcaster and more. Alyssa’s tireless energy and brilliant creative instincts are certain to bolster her current and emerging career as a top producer in television. She is also an inspired writer, having written her first script based on ‘Things I am Seeing Without You.’ Tana Jamieson and I, along with Kiel Elliot and Tom Lerner—Alyssa’s creative team at A+E Studios—are very excited to begin our work together in bringing Alyssa’s vision to the screen. We know she will be a huge success, and we are happy to be a part of it.”

Milano starred in Netflix’s “Insatiable.” Other appearances of hers include Netflix’s hit series “Wet Hot American Summer: Ten Years Later” opposite Amy Poehler, Elizabeth Banks and Michael Ian Black. Later this year, Milano can be seen in the Farrelly Brothers’ “The Now” for Roku alongside Bill Murray, Dave Franco and Daryl Hannah. She will also star in the film “Brazen” dropping in 2022 for Netflix, a project based on the Nora Roberts novel “Brazen Virtue.” Milano served as producer for this project as well.

Milano starred in and produced the international hit series “Charmed” for nine years. She also appeared on “Melrose Place,” began her career on ABC’s “Who’s the Boss,” and starred in the ABC series, “Mistresses.” She has hosted and judged on Lifetime’s “Project Runway All Stars.” Additionally, she has appeared in over 20 films and many theatrical productions. 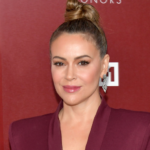 Also Read:
Alyssa Milano on Her ‘Terrifying’ Car Accident After Uncle Had Heart Attack While Driving

Milano entered the world of graphic novels with Hacktivist, published by Boom! Comics, a fast-paced cyber-thriller that follows the young founders of an innovative social media company who moonlight as a secret black-hat hacker team.

As an activist, Milano’s efforts to advance #MeToo sparked a viral movement of women fighting against sexual harassment and assault. She has also been involved in TimesUp since its inception. She is active on the ERA Coalition’s Advisory Board and recently testified in House Oversight Committee in support of the Equal Rights Amendment. Milano serves on the board of People For The American Way, has served as a UNICEF Ambassador for 15 years, and is the ACLU’s Ambassador for Reproductive Rights. In the wake of the mass shooting at Marjorie Stoneman Douglas High School, Alyssa became one of the founders of NoRA, a coalition dedicated to combating the NRA money in our political system. 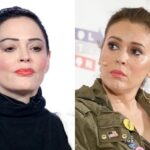 Alyssa launched her own women’s sports licensed clothing line, TOUCH by Alyssa Milano, and has been referred to as a “trailblazer” in the women’s sports licensing industry. TOUCH enables women to look stylish while cheering on their favorite team. She has licenses with MLB, the NFL, NBA, NHL, NCAA, and NASCAR.

Milano is repped by Range Media Partners and CAA.