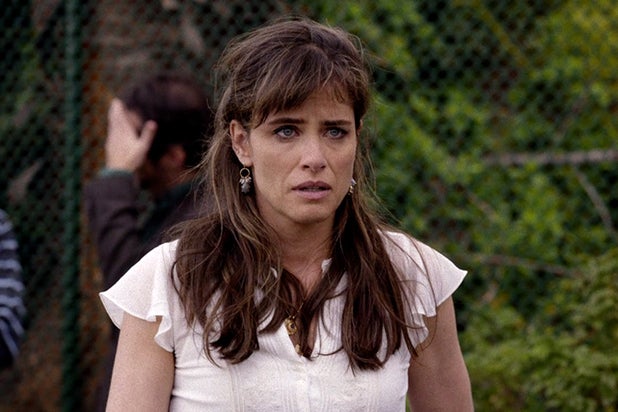 Every character on HBO’s “Togetherness” has a wonderful blend of rationality and total dysfunction. Chief among the actors tasked with pulling it off is ensemble star Amanda Peet.

As the blunt and brassy Tina, who relocates to Los Angeles to crash on the couch of her increasingly unfulfilled sister () and brother-in-law (, Peet shines as the single woman of a certain age whose honesty undoes the mumbling suburbans surrounding her.

TheWrap caught up with Peet for our Emmy Contender Quickie series, and the actress discussed her return to TV, the joys of playing someone on the verge and how she relates to Tina’s desperation.

EmmyWrap: Viola Davis Defies Hollywood Stereotypes as She Keeps It Real: 'I Didn't Want to Be the Vogue Woman' (Video)

TheWrap: It’s been a long time since you’ve had such a significant role in a TV series, and you recently said you preferred this medium over film. Why is that?

I think because I get jitters, I have stage fright — so when you’re doing the same character over and over, you get more confidence.

Speaking of confidence, Tina is pretty over the top. Is there something liberating about playing someone so direct and fearless?

Tina is a single woman pushing 40, always ready to fly off the handle and seemingly looking for someone to take care of her. How do you relate?

I wanted kids when I was 29. By the time I was 31, I was panicking! I’ve never been a good single person. I always found it to be really uncomfortable and really terrifying.

There are also physical demands to the character, like that nude scene opposite Steve Zissis.

That wasn’t pleasant. It’s not pleasant but it’s fun to almost kind of fuck with myself and see how un-vain I can be. It’s a game. If they told me they needed to shoot my cellulite, it would be hard, but I would do it.

Is it a challenge, internally, for you to make her so honest but sympathetic?

I think that’s a credit to the show creators. They’re very talented writers and storytellers who go to the brink of being sentimental and then cut it with humor. But it’s never over the top. I don’t try to play something as comedy, because they won’t let me. When they think I’m playing for a joke, they cut me off.