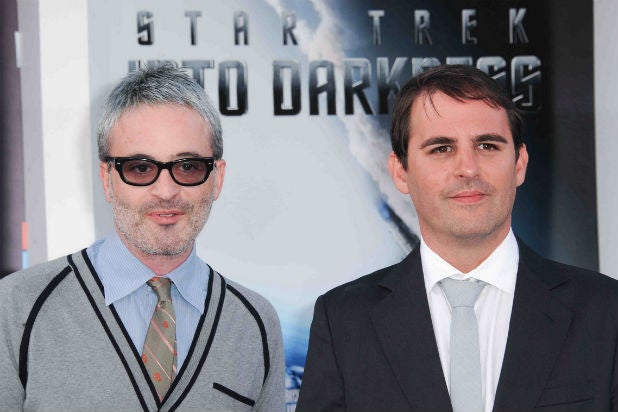 Alex Kurtzman and Roberto Orci will not work on film projects together in the future as each of them will pursue directing careers, a spokeswoman for the two told TheWrap.

Kurtzman and Orci have collaborated on many of Hollywood’s biggest summer movies over the years — including Paramount’s “Star Trek” franchise, the first two “Transformers” films and “Mission: Impossible III” — as well as Sony’s upcoming “Amazing Spider-Man 2.” Frequent collaborators with J.J. Abrams, the two have a long track record of making commercial genre movies.

Yet both of them have been looking to spread their wings in recent years. Kurtzman already directed one film, “People Like Us,” and will oversee the Spider-Man spinoff “Venom.” “People” was a far more intimate drama than any of his previous genre films.

Orci wishes to direct as well, and has been linked to the next “Star Trek” movie. Yet no decisions have been made by Paramount, Bad Robot or Skydance regarding who will direct the sequel, since the script — which Orci is working on with Patrick McKay and J.D. Payne — is far from finished.
See video: ‘Amazing Spider-Man 2': Peter Parker Puns and Punches, Gwen Stacy Reveals His Secret Identity
Orci and Kurtzman will continue to make TV shows together through their deal with CBS. They wrote the pilot for Fox’s “Sleepy Hollow” and executive produce “Hawaii Five-0.”