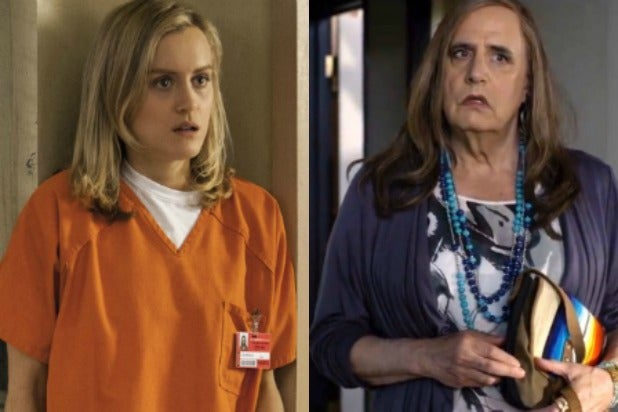 Amazon just made it easier to stream “Transparent,” “Downton Abbey” and “Girls” with a new choice that lets users subscribe directly to its Netflix-like video service for the first time.

Not so much. Licensing exclusives, varying tiers of service at both companies and a hodgepodge of features that don’t always match complicate side-by-side comparisons between the two. TheWrap breaks down the basics you need to know.

A monthly subscription to Amazon will cost $8.99 a month, a dollar cheaper than Netflix’s “Standard” plan, which is its most popular. (Netflix also has “Basic” and “Premium” plans — more on those later.)

However, you can get Amazon Prime Video cheaper if you’re willing to pay up front and surrender the option of canceling anytime. As it always has, Amazon will continue to bundle its Netflix-like service with its wider Prime membership, which is best known for free, two-day shipping. That costs $99 for a year, which works out to $8.25 monthly, a nearly 10-percent discount off the new stand-alone option.

(You can also get the full Prime basket of services monthly now too for $10.99 without an annual commitment — that includes the shipping perks, Prime Video, a library of loaner e-books and a music service along the lines of Spotify or Apple Music.)

Now, some longtime Netflix subscribers may look at your last bill and say “Hey, I’m only paying $7.99! That’s a better deal!” There are two possibilities here: You may be on Netflix’s cheapest plan, called “Basic,” which charges $7.99 and only allows you one video stream at a time. However, more than likely you are a Netflix subscriber of two years or more, and your $7.99 bill has been enjoying a grace period excluding it from two price hikes Netflix instituted in as many years.

That grace period is set to end in the coming months. Soon, everybody on Netflix’s most popular plan will be paying $9.99.

Here’s what the two services have in , most of which demand asterisks:

Both Amazon Prime Video and Netflix’s “Standard” plan let you stream on multiple devices at once using the same account. But Amazon actually lets you stream three things at once compared with Netflix’s two, provided all three pieces of content are different.

And both plans let users watch from any device, be it a smartphone or a smart TV or anything between. But if you’re an Apple diehard, beware — Apple TV doesn’t offer the Amazon Prime Video app, forcing you to stream its video on an iPhone or iPad and fling it to the TV.

Netflix “Standard” and Amazon are on the same page in terms of offering high-definition video content. But Amazon’s monthly membership includes 4K Ultra HD content as well as high-dynamic-quality footage, both of which sharpen picture and make colors more intense on television or computer screen compatible with them. Netflix includes Ultra HD content in its Premium tier, which is $11.99/month.

And here’s one thing Netflix cannot match: Amazon Prime Video lets you download movies or shows to your mobile device to watch when you don’t have a connection.  With a little advance planning and enough storage on your gadget, you can load up on things to watch for your next plane ride at no extra cost.

Both Amazon and Netflix have been aggressive in building up a slate of original shows and movies, aiming to morph their services into digital-era alternatives to traditional pay-TV.

For U.S. subscribers, any program that is an outright “original” to either service is something you won’t find anywhere else.

The list is much longer at Netflix, which has been producing its own content longer and is investing more than Amazon. (Really, it’s investing more than pretty much everybody — Netflix’s overall content budget is set to surpass $5 billion for the first time this year. To put that into perspective, HBO spent just shy of $2 billion on programming in 2014.)

Netflix is still the only place you’ll find shows like “Orange Is the New Black,” “Making a Murderer,” “House of Cards,” “Unbreakable Kimmy Schmidt,” “Daredevil” and “Jessica Jones.” Netflix also has a robust pipeline of original comedy specials, documentary series and movies like “Beasts of No Nation.”

But Amazon has also made a name for itself with original series too, even if its volume of output is lower. “Transparent” has been an awards circuit darling, and “Mozart in the Jungle” was the surprise winner of this year’s Golden Globe for best musical or comedy TV series.

In addition, Amazon has been more aggressive about nabbing exclusive deals for high-profile content made by other studios and programmers, while generally Netflix has put more emphasis on building its own.

That means Amazon could have past seasons of some buzzy traditional-television shows you may want to binge: the company has a deal with HBO to stream shows like “Girls,” “Veep,” “The Wire” and others once they’ve reached at least three years old. (Note: “Game of Thrones” is never coming to Amazon Prime Video, at least not under the current deal.) Amazon has also secured the rights to hits like “Downtown Abbey” and “Orphan Black.”

The roster of each company’s exclusives and originals is too deep to list in full, which brings us to one thing that thankfully both Netflix and Amazon have in : free one-month trials for new members.

The best way to find out which works for you is to give them spin. Now, if you forget to cancel in time, at least Amazon won’t be charging you a C-note and locking you in for a year.