While Amazon found itself with a $2 billion loss in the second quarter, the company announced revenue is accelerating due to advancements in the Prime service.

Among the content increasing the value of Prime Video is the upcoming “The Lord of the Rings: The Rings of Power,” based on the works of J. R. R. Tolkein, and adding National Football League games to the Prime Video lineup.

The Seattle-based company reported revenue of $121.2 billion, up 7% from the year-ago period and well above Wall Street projections for $119 billion, according to Yahoo Finance. But it posted a loss during the three-month period ending in June.

Wall Street cheered on the results, sending the stock up nearly 10% in after-hours trading. 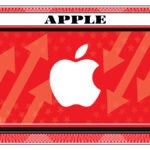 Investors were bullish about the company’s projections that net sales will come in between $125 billion to $130 billion, a double-digit gain from last year’s third quarter.

Amazon Chief Executive Andy Jassy said the retail and technology giant benefits from being so diversified, and will be able to contain costs.

“Despite continued inflationary pressures in fuel, energy, and transportation costs, we’re making progress on the more controllable costs we referenced last quarter, particularly improving the productivity of our fulfillment network,” he said. “We’re also seeing revenue accelerate as we continue to make Prime even better for members, both investing in faster shipping speeds, and adding unique benefits such as free delivery from Grubhub for a year, exclusive access to NFL ‘Thursday Night Football’ games starting September 15, and releasing the highly anticipated series ‘The Lord of the Rings: The Rings of Power’ on September 2.” 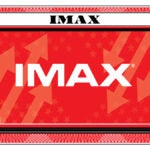 During a call with investors on Thursday, finance executives at the company said they were investing heavily to drive expansion across international markets.

Executives said that they have been making investments in Prime Video shows beyond the U.S., and are pushing for opportunities for local language video content that will resonate with customers in other territories.