Apple managed to top Wall Street expectations in its fiscal third quarter, though there are signs of slowing growth.

Apple posted third-quarter revenue of $83 billion and an earnings per share (EPS) of $1.20, the company announced Thursday. This marks a modest 2% rise in revenue year-over-year, but comes after the tech giant posted a record $97.3 billion in revenues last quarter with $1.52 in diluted EPS.

The Q3 numbers fall in line with analyst expectations via Yahoo Finance, which had an average estimate of $1.16 EPS on $82.6 billion in projected revenues. Prior to this earnings report, Apple stock had fallen 13% on the year. As of this writing, the company’s stock has risen nearly 3% in after-hours trading following its earnings report.

“This quarter’s record results speak to Apple’s constant efforts to innovate, to advance new possibilities, and to enrich the lives of our customers,” said Tim Cook, Apple’s CEO. “As always, we are leading with our values, and expressing them in everything we build, from new features that are designed to protect user privacy and security, to tools that will enhance accessibility, part of our longstanding commitment to create products for everyone.” 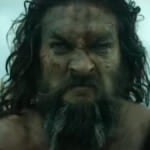 As expected, the company did not break out revenues or subscription numbers for streaming service Apple TV+. However, Apple did report that its overall services business, which encompasses the streamer among other subscription offers, generated $19.6 billion vs. $19.7 billion estimated. Despite the slight miss, this still marks a climb of 12% year-over-year.

Apple, which has not provided official guidance since early 2020, did not release any projections for its fourth-quarter earnings.

“Our June quarter results continued to demonstrate our ability to manage our business effectively despite the challenging operating environment. We set a June quarter revenue record and our installed base of active devices reached an all-time high in every geographic segment and product category,” said Luca Maestri, Apple’s CFO. “During the quarter, we generated nearly $23 billion in operating cash flow, returned over $28 billion to our shareholders, and continued to invest in our long-term growth plans.”

Coming in to Thursday’s earnings report, analysts have been projecting a revenue slowdown for Apple on the year. Specifically, hardware sales of iPhones, Macs, iPads and other products have been expected to decelerate amid rising inflation, supply chain shortages and rolling lockdowns in China, the company’s second-largest market. 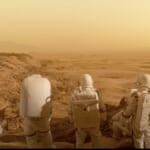 Also Read:
‘For All Mankind’ Renewed by Apple for Season 4