Amber Heard’s lawyers on Friday filed a motion to appeal the verdict of the defamation suit against Johnny Depp that resulted in her being ordered to pay $10.4 million in damages, and have it thrown out.

The 44-page memorandum, filed in Fairfax County, Virginia, asked for an appeal on grounds that her legal team had previously listed last month, when the verdict was returned in Depp’s favor. Among them, it claims that there were “evidentiary issues” regarding whether or not Heard’s 2018 Washington Post op-ed qualifies as defamatory; that Depp is not entitled to damages relating to his related libel case against the “The Sun,” which he lost; and that the damages awarded to Depp were “excessive.”

Most surprisingly, the motion calls for an investigation into possible “improper juror service,” alleging that there was a “discrepancy” about the age of one of the jurors. According to the court, says the document, Juror 15 was born in 1945, but public information indicates that he was born in 1970. This calls into question whether the juror “actually received a summons for jury duty and was properly vetted by the Court to serve on the jury,” it states. 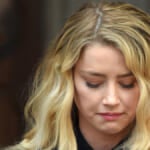 During a sit-down interview with “Today”s Savannah Guthrie later that month, Heard said she cannot “blame” the jury for siding with Depp.

“They had sat in those seats and heard over three weeks of no stop relentless testimony from paid employees,” she said. “I don’t blame them, I actually understand. He’s a beloved character. People feel that they know him. He’s a fantastic actor.”

After the conclusion of the six-week trial, Heard’s lawyers claimed that she was “absolutely not” able to pay the $10 million in compensatory damages (she was originally fined an additional $5 in punitive damages that was later reduced to $320,000 per Virginia law) and would be filing an appeal. If deemed appropriate, the court could order a new trial.

Heard was awarded $2 million in compensatory damages only. She had originally counter-sued her ex-husband and “Rum Diary” co-star for $100 million after he filed a $50 million defamation suit against her. 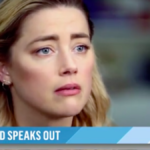 Representatives for Johnny Depp did not immediately response to a request for comment from TheWrap.