The jury in the defamation trial of Johnny Depp and Amber Heard did not believe many of her claims of abuse against her ex-husband, one of the jurors, who asked that his name be withheld, told Good Morning America on Tuesday.

The juror — one of seven who sided with Depp, awarding him $10.4 million — said that when Heard cried on the stand, he dismissed it as “crocodile tears.” As he told GMA, “It didn’t come across as believable. It seemed like she was able to flip the switch on her emotions. She would answer one question and she would be crying and two seconds later she would turn ice cold. It didn’t seem natural.”

He added Depp, “just seemed a little more real in terms of how he responded to questions.” 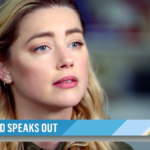 Also Read:
Amber Heard Stands By ‘Every Word,’ Still Insists Social Media Poisoned the Jury: ‘How Could They Not Be?’

The jury concluded the former couple “were both abusive to each other” but Heard’s team failed to prove Depp’s abuse was physical. “To rise to the level of what she was claiming, there wasn’t enough or any evidence that really supported what she was saying,” the juror, the first so far to discuss the trial, said.

The jury wondered why Heard bought Depp a knife if she was afraid of him and the majority considred her the “aggressor”in the situation.

“If you have a battered wife or spouse situation, why would you buy the other person, the ‘aggressor,’ a knife? If you really wanted to help Johnny Depp get off drugs, why are you taking drugs around him?” he asked.

The jury also doubted the authenticity of photos that Heard presented to show signs of Depp’s abuse and disliked her counsel, who often cut off witnesses and had apparently told Heard to look at the jury directly when answering a question. “[It made] all of us were very uncomfortable,” he said. 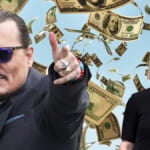 Also Read:
How Johnny Depp Can Collect That $10.4 Million From Amber Heard: ‘He Could Really Make Her Life Miserable’