The AMC+ streaming service will be host to new movies every Friday. Films on the service will feature an array of titles from distributors IFC Films, IFC Midnight, RLJE Films and Shudder, serving as the streaming home following the theatrical releases of films from these distributors, AMC Networks announced on Tuesday.

Films will be streaming on AMC+ 90 days after they first hit theaters thanks to a new agreement with AMC Networks Film Group (IFC Films, IFC Midnight and RLJE Films) through which AMC+ is the exclusive streaming home of the company’s full slate of films following their theatrical and digital distribution.

The first film to kick off this new agreement is the IFC Films feature “Clean,” starring Adrien Brody, which will be streaming on AMC+ on Friday, May 6. Additionally, the last Friday of every month will be horror-themed – “The Final Friday” will be devoted to a new horror film from Shudder, which will also continue to acquire select titles in partnership with IFC Films and RLJE Films.

Late last year, AMC+ experimented with exclusive streaming premieres every Friday in the month of November and into December. The initiative resulted in the three most-watched films on AMC+ last year, led by the breakout dark holiday feature “Silent Night” from RLJE Films, starring Keira Knightley and Matthew Goode. The slate outperformed popular library title movies in both viewership and acquisition, with user engagement ranking among even the top original series on AMC+, AMC said. 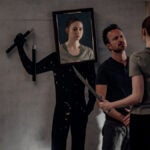 “AMC+ subscribers love great storytelling. From heart-pounding thrillers to heartfelt character studies, our members enjoy discovering and recommending the latest in television and film – as evidenced by tremendous engagement we saw around our Friday night film releases last year,” said Courtney Thomasma, general manager of AMC+. “Expanding our film offering was the next logical step in continuing to serve and grow our audience. The combination of an unbeatable weekly line-up of exclusive new movies from IFC Films, RLJE Films and Shudder, plus the biggest year for original programming in our company’s history, provides an incredible array of entertainment and value for our streaming subscribers.”

“We are thrilled to make AMC+ the exclusive streaming destination for the award-winning slate of movies from IFC Films and IFC Midnight,” said Arianna Bocco, President of IFC Films. “For over two decades, IFC Films has lead the industry in developing diversified distribution strategies for independent cinema, bringing audiences the best in global and American independent film. We are proud to continue this history of innovation and give audiences more ways to discover our incredible library on AMC+.”

The current slate of Friday night movies on AMC+ includes the following: