“Dark Winds,” the period crime-thriller series starring Zahn McClarnon (“Reservation Dogs”), has been renewed for a second season at AMC and AMC+.

Season 1, which premiered June 12, garnered 2.2 million viewers in Nielsen live+3 ratings, becoming the No. 5 cable drama premiere of the current broadcast TV season. The show is also the No. 1 new series launch in AMC+ history and holds a 100% critics rating on Rotten Tomatoes.

The AMC Studios-produced series, which will return next year with another 6-episode installment, follows two Navajo police officers — Joe Leaphorn (McClarnon) and Jim Chee (Kiowa Gordon) — in the 1970s who reckon with a series of seemingly unrelated crimes that bring up their own personal demons. Jessica Matten also stars. 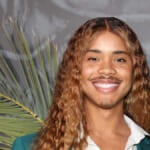 An adaptation of the Leaphorn & Chee book series by Tony Hillerman, the production worked closely with the Navajo Nation to film on location on tribal lands in New Mexico — 70% at Tesuque Pueblo and 30% at Cochiti Pueblo.

“This once-in-a-lifetime creative team and cast have delivered something truly special with ‘Dark Winds,’” Dan McDermott, president of entertainment and AMC Studios for AMC Networks, said in a statement. “We can’t wait to share the rest of this thrill ride of a first season with the fans and follow Joe Leaphorn and Jim Chee into a second season on AMC and AMC+ next year. Overwhelming gratitude to our entire production team and a special thanks to executive producers Robert Redford, George R.R. Martin, Chris Eyre and of course Zahn McClarnon, who also leads the cast and brings humanity, authority and the wisdom of richly lived experiences to everything he does.” 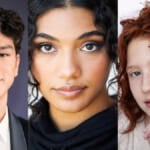