But by the time she picked up the trophy at 11 p.m. PT, the Oscar-winning actress and “Gone Girl” producer had already been bathed in praise by colleagues ranging from Jennifer Aniston and Sofia Vergara, to Laura Dern and “Election” director Alexander Payne.

“For two fun-filled episodes, she was my TV sister,” Aniston chirped. 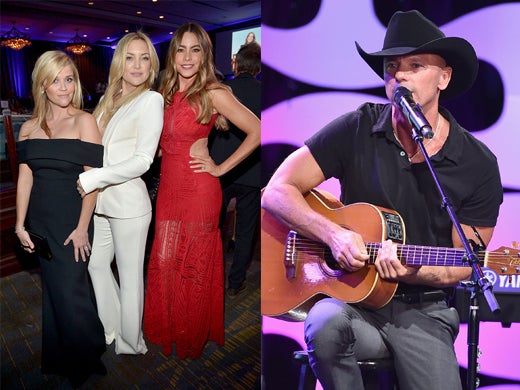 Kate Hudson’s friendship with Reese originated in the back of a shared car service ride to a screening in 1991. Witherspoon’s fellow Tennessean Kenny Chesney performed “Wild Child” to kick off the night. (Getty Images)

The richest tribute came from someone who has never shot a single frame with Reese: Kate Hudson.

While their relationship was something of a head-scratcher going in to the night — outside of superficial similarities as young, blonde, Hollywood moms — Hudson said their 24-year friendship crystallized in the moment that Witherspoon called her out for being fawningly agreeable to everything Reese said. It happened exactly a year ago,

“Are you [just] repeating everything I’m saying?” she recalled Witherspoon asking her during the after-party for the 2014 Cinematheque gala downstairs at the Beverly Hilton.

Hudson was pre-loaded with a retort: “Yes. I’ve been repeating and doing everything you do since I was 11.” 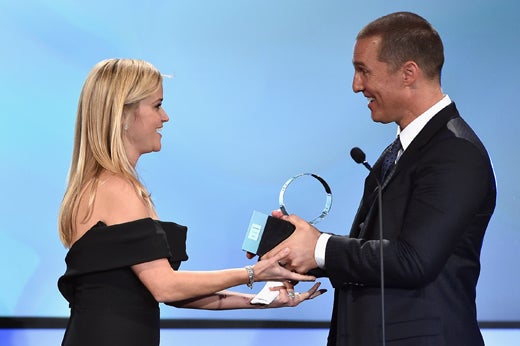 Matthew McConaughey acknowledged that it’s not a tradition that the most recent American Cinematheque honoree present to the next one, but that he wanted to do it because “she’s been a loyal friend to me and relentlessly supported my foundation’s efforts,” he said. That support was on display almost exactly one year ago, in the photo below. (Getty Images) 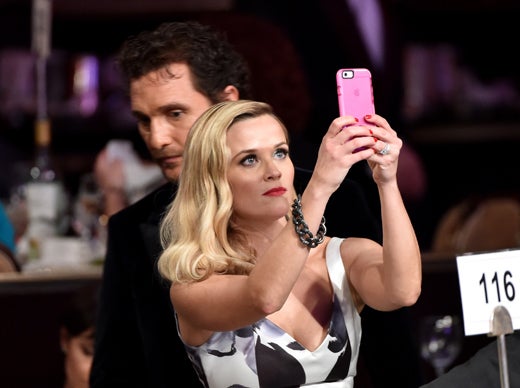 Hudson went on to detail how at 11, she first met a slightly older Witherspoon while sharing a car service ride to a screening of Witherspoon’s feature debut, “The Man in the Moon,” in 1991.

“I was in awe when I watched 15-year-old Reese work the after party like a seasoned politician,” Hudson said.

Hudson would go on to recall being stashed two cover-folds behind Witherspoon the year they both made Vanity Fair’s Young Hollywood Issue. Even after Hudson came in to her own, she confessed to consistently hearing from her reps that “Reese has the offer… but if she passes, it may come to you.”

Hudson gained a small notch of good-natured revenge by revealing to the sprawling ballroom — including T-Bone Burnett, Ted Sarandos, Donna Langley, Jim Gianopulos, and Kevin Huvane — that Witherspoon is “more bossy than Stella McCartney” and has a distinctive habit of assigning parts in Christmas carols. 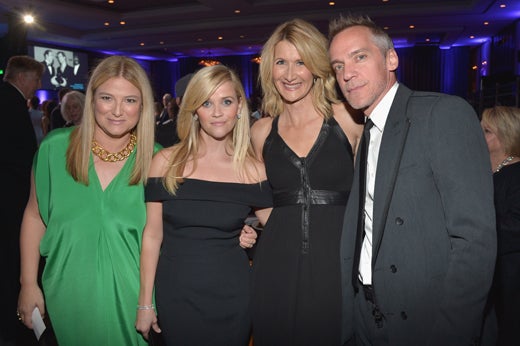 Jennifer Garner, whose snug Westside friendship with Witherspoon is also entirely extracurricular, let the crowd know that she’s “not here to talk about Reese Witherspoon the movie star” but instead “to talk about my ‘buck stops here’ buddy.”

“Hot Pursuit” co-star and fellow producer Sofia Vergara went further. Revealing her pet nickname for Witherspoon is “My Little Pony,” Vergara told the world what she has apparently been saying to her face for years: “Reese has the best skin and biggest butt of any white woman in Hollywood.”

Witherspoon celebrated the night with a rare public appearance together with two of her three children, Ava and Deacon, filling out the center table next to her husband (and agent) Jim Toth and her mom Betty (in bedazzled black UGG boots). The flashbulbs for a sanctioned photo of Witherspoon with her kids could have knocked the Century City power grid offline. 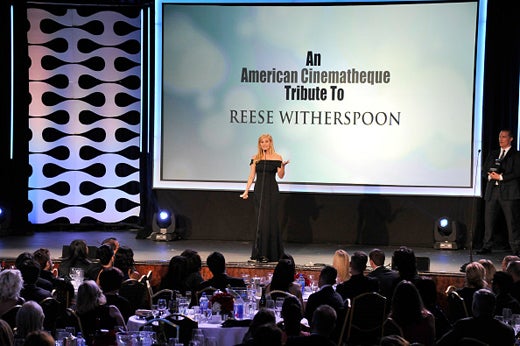 “I want to thank you for all the times that you had to say goodbye to mom while she packed to go out on location,” Witherspoon said, addressing her kids publicly from the stage. “Thanks for understanding that I love my job, that it feeds my soul to be creative. I hope some day it may feed your soul too and you’ll teach your kids to be hard working and creative.”

Witherspoon highlighted family bonds in her 14-minute acceptance speech, recalling how she had to cover the phone receiver in her kitchen as a high school sophomore to negotiate with her mother as Jeffrey Katzenbgerg waited on the other end of the line. He had been telling her, “You have to do this [unnamed Disney animated] movie.”

Her mother won out, prioritizing school over shoots, and she had to pass. Witherspoon offered some free advice to the crowd on how to say no to Jeffrey Katzenberg: Have your mom say no for you.

Also Read: 'Cruel Intentions' to Be Adapted for NBC Series

Rick Nicita presented the new Grauman honor to Katzenberg, a trophy named for the entrepreneur who in addition to building the namesake Chinese Theatre on Hollywood Blvd. (now called the TCL Chinese) was also a founding member of the Academy and built another moviegoing palace, the Egyptian, now the home of the American Cinematheque.

“For nearly 70 of the 100 years of the film industry, it has contended with cheaper and more convenient alternatives,” Katzenberg argued, defending the popularity and distinction of the big-screen experience. “Despite this, always, and I want to emphasize always, people have continued to flock to movie theaters to see motion pictures,” Katzenberg said. 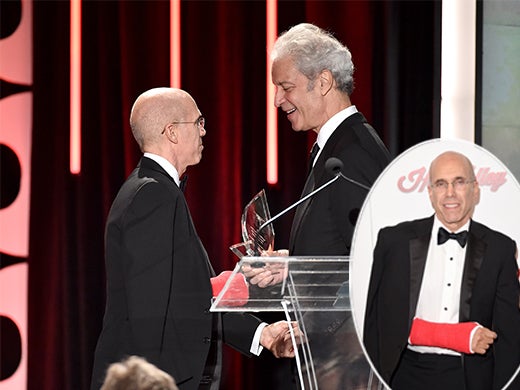 It would have been impossible for Katzenberg to applaud for anything on Friday night.

As he had a week ago at another awards tribute, Katzenberg soldiered on with his right arm in a cast from a recent car accident and surgery. He flipped his speech pages left handed, seemed a bit humorless even by Katzenberg standards Friday night, and eschewed any interviews and barely accepted “get well” wishes.

In addition to presenting to Katzenberg, Cinematheque chairman Rick Nicita gave much more than lip service to the evening, though he did emcee the opening.

During video packages, he was back at the sound booth in the back of house and standing by the entrance an hour before the event began with Kevin Huvane. It was a CAA-heavy event, the move to the Hyatt Century Plaza (the first time there since Mel Gibson‘s 1995 Cinematheque Award), made it an easy walk across Avenue of the Stars. 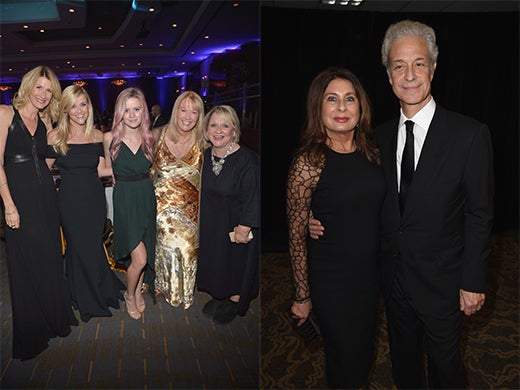 The night funds the Cinematheque’s year-round programming and operation of the Egyptian Theatre in Hollywood and the Aero in Santa Monica.