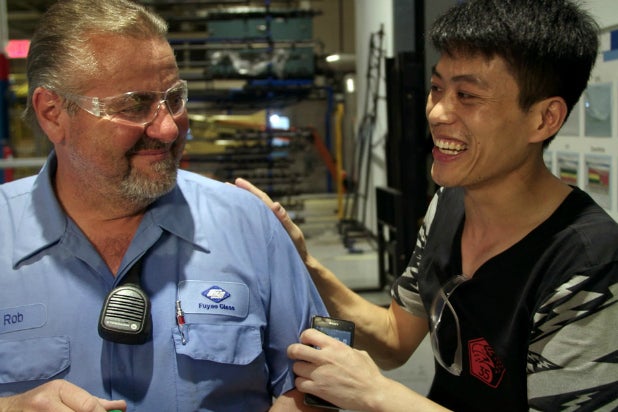 “American Factory” has been named the best documentary of 2019 at the 13th annual Cinema Eye Honors ceremony, which were presented on Monday evening in New York City.

The film, executive produced by Barack and Michelle Obama’s production company, Higher Ground Productions, and distributed by Netflix, is an examination of an Ohio glass factory that was taken over by a Chinese company in an uneasy cultural alliance. It prevailed in a category in which all six nominees — “American Factory,” “Apollo 11,” “For Sama,” “Honeyland,” “Midnight Family” and “One Child Nation” — are also on the Oscars shortlist for documentary features.

The “American Factory” directors, Steven Bognar and Julia Reichert, also won the award for Outstanding Direction. The Outstanding Production category resulted in a tie between two films set in Syria, “The Cave” and “For Sama.”

“Honeyland” won for cinematography, “The Great Hack” for graphic design or animation and “Apollo 11” for editing and score.

“Present.Perfect” won the Spotlight Award, which goes to a film that has not received significant distribution. “The Disappearance of My Mother” won the award as the best debut feature, while “Ghosts of Sugar Land” won the award for best short.

The awards for broadcast film and series went to “Leaving Neverland” and “Tricky Dick,” respectively.

The Heterodox Award, which goes to a fiction film that uses documentary technique, was won by Joanna Hogg’s “The Souvenir.”

The Cinema Eye Honors were founded in 2007 to celebrate all aspects of nonfiction filmmaking. Winners are chosen by 200-300 filmmakers, distributors, programmers, sales agents, publicists, journalists and past Cinema Eye participants.

An additional award, the Audience Choice Prize, was selected by more than 12,000 votes cast by audience members worldwide. It went to “The Biggest Little Farm.”

In the first 12 years of the Cinema Eye Honors, the winner went on to win the Oscar for Best Documentary Feature three times, and to be nominated for that award 10 times.

The show took place at the Museum of the Moving Image in Queens, New York. The show was hosted by “Strong Island” director Yance Ford.