Per the official description for the show, “American Horror Stories” is a weekly anthology series that will feature a different horror story each episode. The trailer showcases a few of the first season’s scares, including an axe-wielding Santa, a murderous Kaia Gerber and Tipper Gore, as well as the return of the gimp suit from the first installment of the flagship “AHS” series. 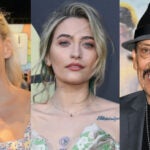 The group of 21 actors, including several “AHS” veterans, joined previously announced cast members Kevin MacHale and “Pose” star Dyllon Burnside. According to Murphy’s tweet announcing the cast on Wednesday, “this isn’t even the half it.”

The “AHS” spinoff is executive produced by Murphy, Brad Falchuk, Alexis Martin Woodall, John J. Gray and Manny Coto. The series will debut on FX on Hulu with two episodes on July 15, with the rest of the season rolling out weekly.