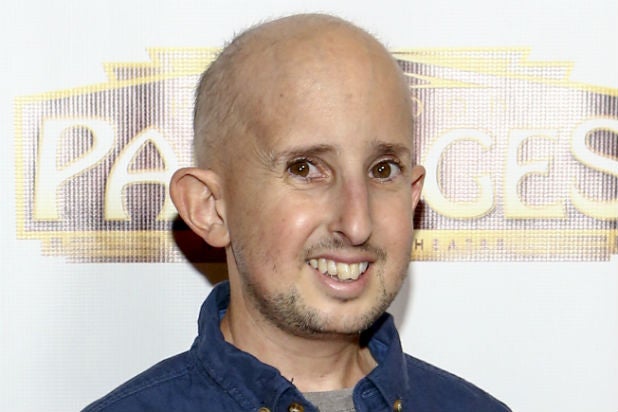 “American Horror Story” actor Ben Woolf is still in critical condition after he was hit by a car in Hollywood Thursday night, TheWrap has learned.

The actor was at the intersection of Hollywood Boulevard and Gramercy Place when he was struck by a vehicle’s side mirror.

“The vehicle remained at the scene,” a Los Angeles Police Department spokeswoman said about the driver. “It was not a hit-and-run.”

Police didn’t release any additional details about what Woolf was doing at the time of the incident or about the car’s model. The collision is still under investigation by the LAPD’s traffic division. No charges have been filed, the spokeswoman confirmed.

Fans of the FX series will remember Woolf — who was diagnosed with pituitary dwarfism as a child — was an attraction in Fräulein Elsa’s Cabinet of Curiosities. In the show, Woolf was known for saying, “Meep!” and biting off heads of small animals.

He was originally cast as a Infantata, a creation pieced together by the remains of Charles and Nora Montgomery’s child, during the first season of “AHS,” according to IMDB.