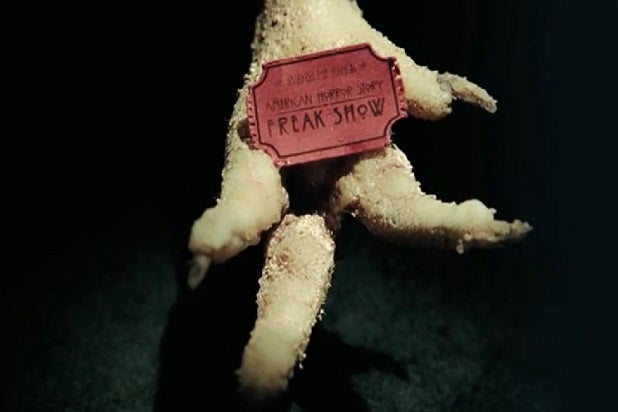 Welcome to the “Freak Show,” America.

Murphy tweeted a link to the video, along with the invitation, “Get your tickets now for the Freak Show. Coming in October.”

The clip itself is a mere 10 seconds — but long on spine-tingling imagery, depicting what appears to be a mangled chicken’s foot as it twitches open to reveal a ticket bearing the show’s title.

Get your tickets now for the Freak Show. Coming in October. http://t.co/4IadUb6Eot

Set in Jupiter, Fla. in 1952, the latest installment in the “American Horror Story” anthology series centers on a troupe of curiosities that have just arrived to town, coinciding with the strange emergence of a dark entity that threatens the lives of townsfolk and freaks alike.

Along with returning cast members such as Jessica Lange, Sarah Paulson and Gabourey Sidibe, the cast has also added newcomers such as Michael Chiklis, Patti LaBelle and “All My Children” veteran Finn Wittrock.