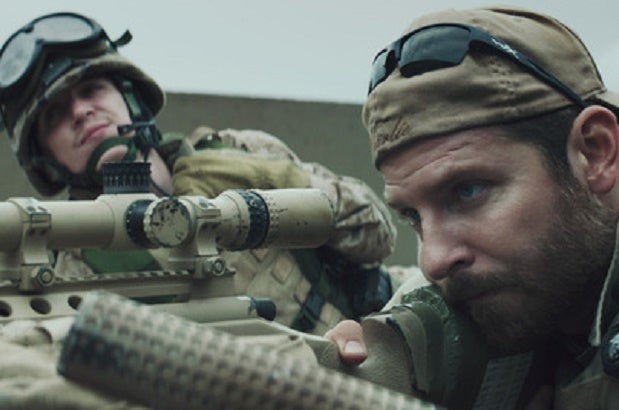 For a film that lobs from battlefield to backyard like a tennis volley, “American Sniper” posed an unusual question for the film’s sound mixers.

John Reitz, Gregg Rudioff and Walt Martin knew that to capture the frenzy of life in (and after) the Iraq war, amplifying sound was crucial. But which sounds?

“War has been done so many time before,” said Rudioff. “We didn’t want to be accused of using a machine gun a guy heard in a 1945 movie.”

Also read: Bradley Cooper on ‘American Sniper’ Controversy: Anything That Sparks Discussion on Plight of Soldiers is ‘Fantastic’

To achieve that aural uniqueness, the men — who share 18 Oscar nominations and three wins for sound between them — recorded the actual vehicles and weaponry used in recent Mideast battles, including the sound of 27 weapons firing. Along with “Unbroken,” the film is one of two nominees to use the immersive Dolby Atmos system.

The research paid off in the form of an Oscar nomination for “Sniper,” the story of real-life soldier Chris Kyle, portrayed by Bradley Cooper. The film earned six Oscar nominations, including best picture, and it has become the top-grossing domestic war film of all time.

You’ve worked with Clint Eastwood before. What makes his films appealing?
RUDIOFF: The process changes with each filmmaker, but we’ve done many Clint shows because he’s a dream to work with. We’re dialed into his tastes. Just like his filmmaking, Clint is a very straightforward, simple director. But he doesn’t shortchange the depth he puts into sound.

His reputation is as a shoot-and-go director.
RUDIOFF:  He doesn’t do a huge number of takes. But that’s because he wants the natural sound of the world he’s conveying. He’ll often prefer the rawness of your early attempts. He would always be telling us, “Don’t overthink it.” He wasn’t saying not to think about it. Just not to over-analyze it.

The film juxtaposes the drama on the battlefield and the banality of domestic life. How did you handle the jumps?
RUDIOFF: When we are at home, it was more of a traditional mixing style. More emphasis on background noises: birds chirping, lawns being mowed. We used a similar style when the soldiers were on the base, because that was their home. More background noise, chatter. And when they are at battle, you ratchet things up with specific explosions to build tension.

The unique one was when  was on the rooftop and by himself. We wanted to focus in on him, and stripped away a lot of the sounds we may traditionally play (in a war setting). We wanted to build by what he was hearing, inside. You could hear his breathing. That was a specific choice by Clint and Bradley to confirm the realism and dramatic intent of the scene.

It seems counter-intuitive to tamp down sound in a war scene.
RUDIOFF: It can be. There are times in all the different war movies when you need to make sure your gun is the biggest and baddest. You may be surrounded by anti-tank and missile fire, but your .22 has to be the baddest weapon on the field. Clint didn’t want that. He wanted the sound to be utterly natural. That’s not to say you don’t manipulate the sound. But it has to feel natural, or it won’t sound authentic.

Also read: ‘Interstellar’ Mixers Tackle Glacier, Corn Field, Spaceship Sounds: ‘We Started to Cry During Some of the Scenes’

Do you consider this a war movie or a domestic drama?
RUDIOFF: We really didn’t think too much about what to label the movie or to think about who our demographic might be. Your job needs only to be to help the audience see the filmmaker’s vision. And Clint has a very specific vision.

And now, a huge hit.  Did you know it would be big?
REITZ: You hope, but you never know. You’ll be working on something that you’re sure will be a hit, and it just dies there. But this translated to the screen.