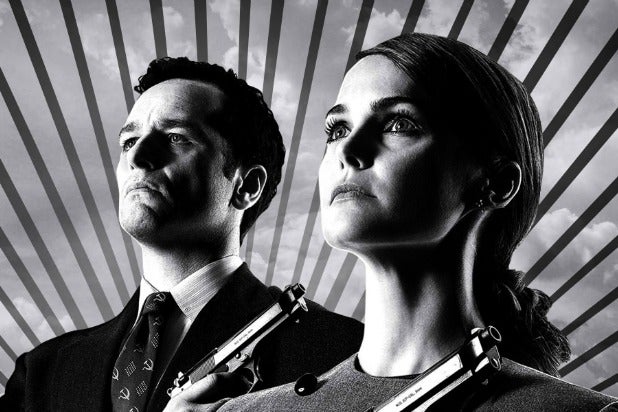 FX’s Cold War spy drama “The Americans” often feels as slow as actual spy craft; I guess we always knew the espionage game is more “Tinker Tailor Soldier Spy” than “GoldenEye.” Not a lot of leaping of buildings, but plenty of meetings, analysis, and attempts to crack codes.

To that list of tedious tasks “The Americans” can add laundry and getting the kids to school.

Also read: ‘The Americans': 5 Things to Know About the Return of FX’s Spy Drama

Why on earth would these people have had kids? The show might be more believable if they didn’t, but the stakes would be nowhere near as high. There’s no drama on “The Americans” about who will ultimately win, so the show makes us care about the pawns: Not just Elizabeth and Philip (Keri Russell and Matthew Rhys), but also their cheating FBI neighbor, Stan (Noah Emmerich), his double-agent paramour Nina (Annet Mahendru) and Stan’s neglected wife Sandra (Susan Misner).

But we may worry most about the Jennings kids (Holly Taylor and Keidrich Sellati). Children are masterful keepers of secrets, and part of the fun of “The Americans” is that the parents have far richer secret lives than even their teenager, Paige. If you watch “Homeland,” you may be apprehensive about a spy show turning its attention to the teenage girl.  But it works on “The Americans.” Paige has inherited her parents’ ability to snoop. Her little brother Henry is clueless, like all little brothers, but adorably so.

Besides being full-time parents and spies, the Jennings also run a travel agency, one of the amusing anachronisms of the show. One of the joys of “The Americans” is how well it captures the early 80s – not the pastel part of the decade, but the grim 70s hangover years. They even eat depressing food, like French bread pizza and Salisbury steak. Stan watches Meryl Streep in “The French Lieutenant’s Woman.” In the second episode, Philip finds a brand-new AT-AT in the closet.

But the Jennings aren’t just occupied by work and future collectibles. Philip also has another distraction: A second wife, Martha (Allison Wright), who decides this season that she needs to buy a gun.

Didn’t a great Russian writer say something about a gun?

Chekhov’s principle that every element of a story needs a purpose seems to be very much at work. Yes, the first episodes can drag a bit, but they’re setting up something.

Last season, “The Americans” started a little slow, too – but then it built up to a fantastic run of episodes, culminating in a mesmerizing sequence set to Peter Gabriel’s “Games Without Frontiers.” This season has a Peter Gabriel montage by the third episode, which has to mean something.