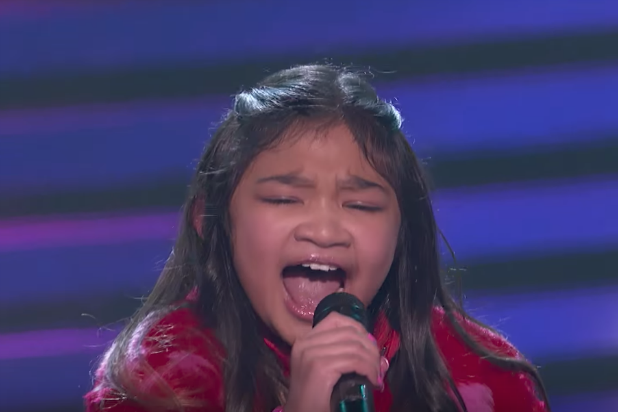 “America’s Got Talent” Season 12 may not have ended the way runner-up Angelica Hale was hoping, as she lost to winner Darci Lynne Farmer in Wednesday’s finale. But Hale is excited for what her future holds.

“I want to keep striving for big things,” the 10-year-old singer told TheWrap. “I want to set higher goals in my life, like having big concerts, traveling around the world, making my own songs.”

“I am still so very happy and so grateful [to have been] actually in the finals, and I got to this point, so it’s really unbelievable,” Hale said.

The Atlanta native was known throughout her run for her positivity, and she told TheWrap that it wasn’t hard for her to keep her spirits up, despite the pressure and uncertainty of the show.

“I know sometimes it can be hard when you’re on stage, and there’s the results show, but you’ve got to know that you’ll be happy for the other person and that everything will be just fine,” she said.

Hale acknowledged that she’ll miss appearing on “America’s Got Talent” as she heads back to her regular life: “Waiting there and going on stage is very thrilling, but also very exciting.”

What advice would she offer to other talented hopefuls out there who would like to similarly succeed on future seasons of the popular NBC variety show?

“My tips would be to always believe in yourself and know that you can do it because when I auditioned, I was so nervous,” Hale said. “Then when I made it through, I was so happy. You can be nervous, but try to be confident. If you do your best, and if you believe in yourself, nothing can go wrong.”