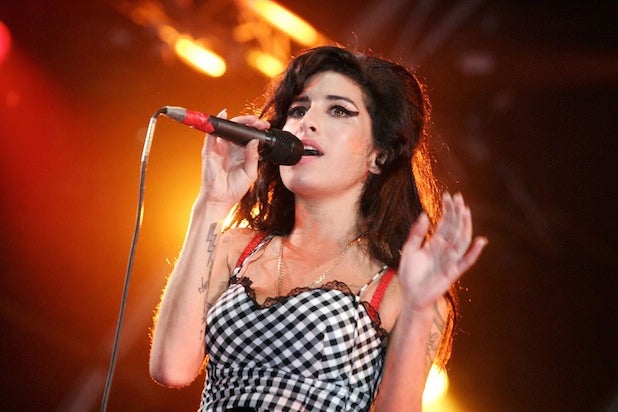 Since he first saw “Amy,” the documentary about his daughter that premieres at the Cannes Film Festival this weekend, Amy Winehouse’s father has withdrawn his support of the film and slammed it for painting a picture of his daughter that he doesn’t recognize – partly, some have suggested, because he doesn’t look very good in the film by Asif Kapadia.

To be sure, Mitch Winehouse comes across badly in the film – but then, so do many of the people in Winehouse’s life. “Amy” is the cautionary tale of a talented singer who was done in by fame, by her own appetites and by almost everyone around her, and few people emerge from the film unscathed.

It’s hard not to compare “Amy” with another recent movie about a tortured artist, “Kurt Cobain: Montage of Heck,” in which Brett Morgen showed a real connection to his subject’s music, and uncovered Cobain’s creativity as much as the demons that brought him down.

“Amy” has a number of strong musical performances from Winehouse, and like “Montage of Heck” it benefits from private footage, beginning with a home movie of a vampy teenage Winehouse singing “Happy Birthday” to a friend. But it turns into less an exploration of creativity than the extended chronicle of a train wreck – heartbreaking and wrenching, if not always satisfying.

If you come to the film looking to understand why a talent like Winehouse was wrecked by years of drugs and heavy drinking, the closest thing to a succinct explanation comes from Winehouse herself – who, according to one friend, summed up her troubles this way in a conversation near the end of her life: “Yeah, I’m f—ed up. I’m f—ed up in the head.’

But others, Kapadia’s movie says, could have done more to help. His film is a damning indictment of Winehouse’s boyfriend Blake Fielder, a fellow addict who it says smuggled heroin to her in rehab.

And of her manager, Raye Cosbert, who had a financial incentive to send her on the road when she clearly wasn’t ready, and then fell back on the pathetic line, “I’d kind of done what I’m supposed to do. It’s up to her family.”

And of her father, who says, “You can’t force treatment on somebody. I felt it’s Amy’s responsibility to get herself well,” before dragging along a camera crew to document his part in a St. Lucia retreat designed to help Winehouse clean up.

And of the tabloid press, which hounded her mercilessly from the moment she became famous, making her very real struggles with bulimia and addiction fodder for standup comics.

The filmmakers also make use of Winehouse’s notebooks (another similarity with the Cobain movie), and opt to present all their interviews as audio-only, with the subjects never on camera. It’s an unusual technique, and at times it hurts not to be able to look into the eyes of subjects who are trying to justify their roles in the story.

“Amy” the movie never comes close to showing us why Amy the singer was so great; instead, it settles for showing up, in uncomfortable detail, why Amy the woman could not handle the success her talent brought her. The film is disturbing and tawdry, hard to watch but tough to shake.